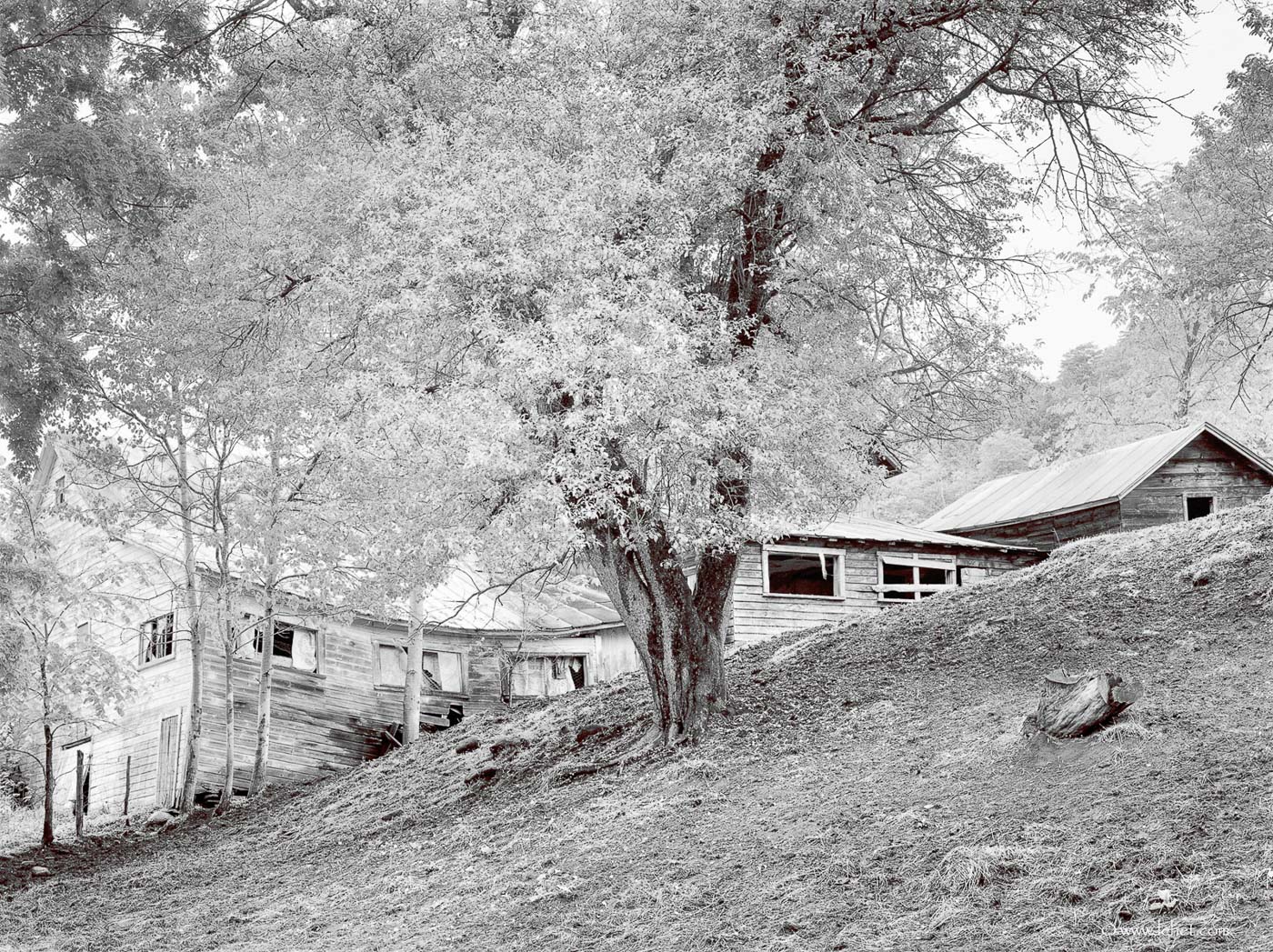 This is a scan of some 4 x 5 sheet film I exposed a long time ago. I used to print this one in the dark room, and I’d been meaning to scan it for a long time. I finally took my scanner apart to clean the glass, so I can start using it again after a period of disuse. The bit of scanning I did was quite a trip down memory lane, and working with that old film points out some things about how my eye has evolved.

On the one hand, the big sheet film, and something about my process with it, generally favored very subtle tones. So my eye was that way. Digital cameras, with these sharp lenses (on the high end) and good sensors, instead favor a bit more “pop” in the image, so I think we see that way more and more. Last week’s Photo of the Week is a push back to that kind of seeing I used to do. Nice. I have to reclaim some of that from my youth.

On the other hand, I think my eye has changed over the years in terms of my compositional style. I think the many exposures that digital capture affords us gives a lot more room to evolve and experiment. If it were genetic material, modern photographic composition is reproducing very rapidly, with many quick generations, and there is population pressure and mutagens in the mix. It changes a lot faster.

I think in part from the meditation practice, my eye is somewhat quieter. Also, as a meditator, I favor the negative space as much as the subject. I think when I was young I most often tried to see how much I could squeeze into a composition, how much energy could come out of the composition. Vasily Kandinsky was one of the influences in the way I came to compose photographs when I was young, and I still appreciate that kind of space and energy in a composition. But I think this old barn exposure is not the way I would see it now.

This print is available for sale here.