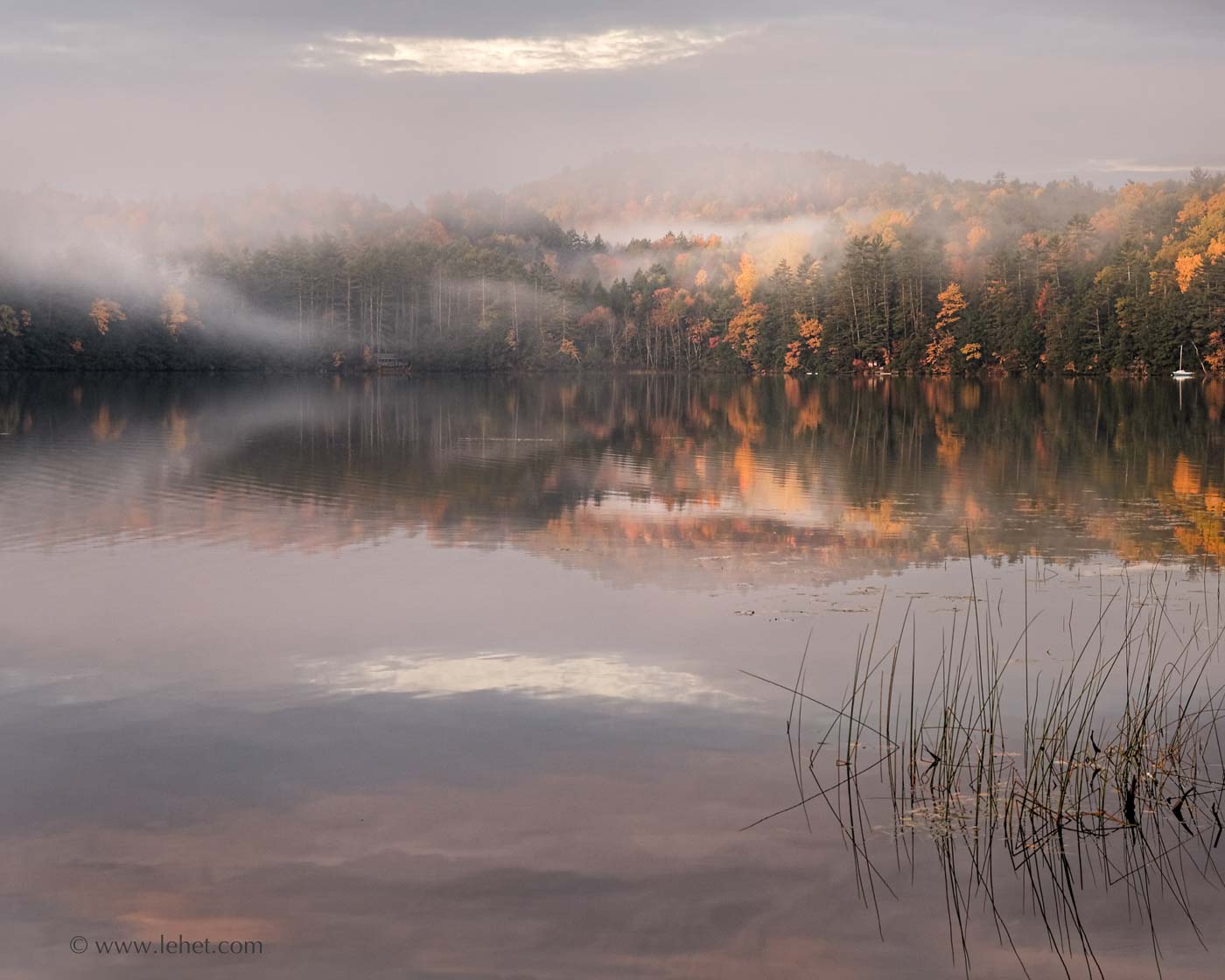 As usual, this isn’t what I was going to do this week. I was doing a bit of digital housecleaning, moving some files around from a temporary folder of “maybe I want to work on this” to a permanent folder of “Yeah, OK, work on this someday.” It seems this one passed through my filter at one point. One thing that happens as I get better both in making exposures and in making prints is that I can both see and realize potential better. This image I obviously saw when I exposed it, probably holding my breath not to break the spell. It was actually before dawn, before 7 am in October. But I never saw it as something I could push forward before. Today, moving the file and then not just moving the file — “I can make that good!” And I did. This is an old image from 2007. 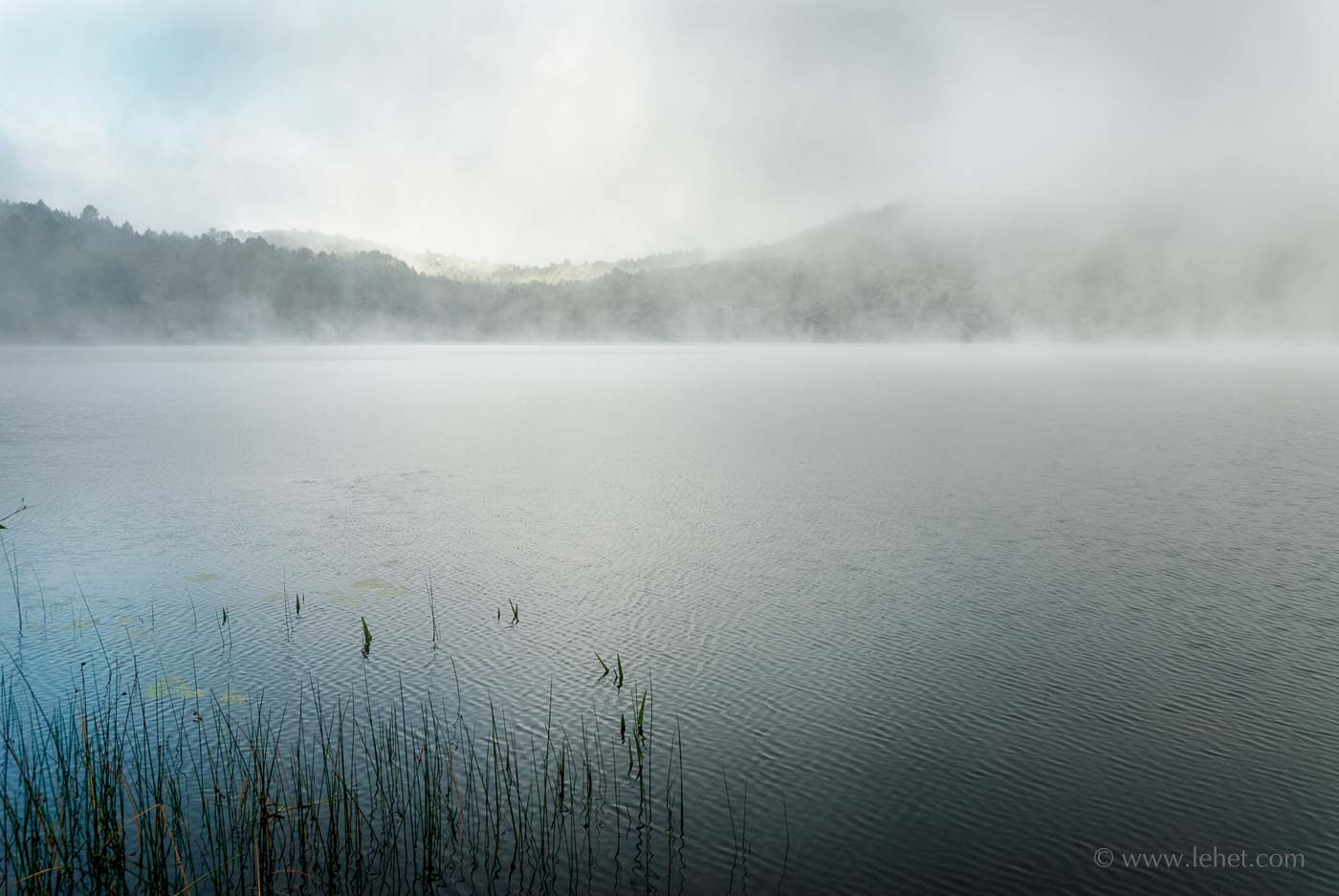 This one is not exposed at the same time as another one of pickerel weeds and mist: this one, one of my favorite photos. It looks like it almost could be, a bit after a breeze picked up, but no, this one I’m posting today is from an exposure made in 2006, a year earlier.