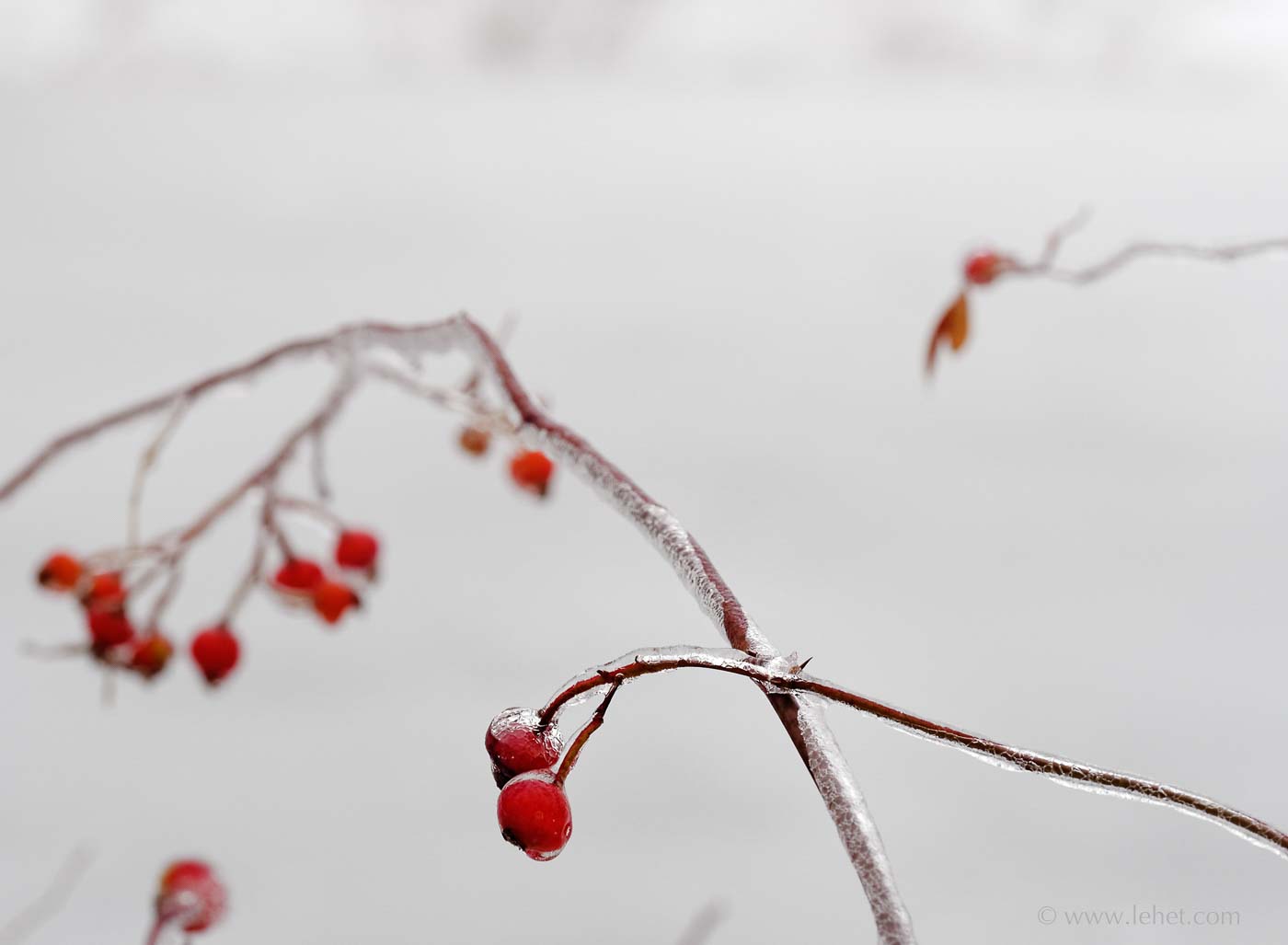 Last week was pretty busy with photography. I ended up hanging a little restaurant show in Lyme, where I also took some trips to take some framed works to the Long River Studio gallery. The show, at Stella’s restaurant is a “gallery extension” show and came up at the last minute. I was busy cutting new mats and reframing pieces and even doing some printing. So this is a long way of getting to this top photo above. One of the images I re-printed last week was an older exposure of Rose Hips in Snow, and I’m very happy with the re-visioning of that image. I printed it on Canson Aquarella watercolor paper, and the texture of the paper is very nice in the softer areas of the print. That got me excited to bring to light some of the other rose hip images I’ve exposed, mostly in 2014, a year when the swamp roses had a lot of nice hips and also when we had some good ice storms and heavy rime-ice frosts on them. I hope to bring out several more of those rose hip images.

To make up for no image last week, I’m also bringing out a new-older new-ice photo, also from 2014 exposure. I liked the new-ice images from this year that I posted last time a lot, so I decided to bring forth another: 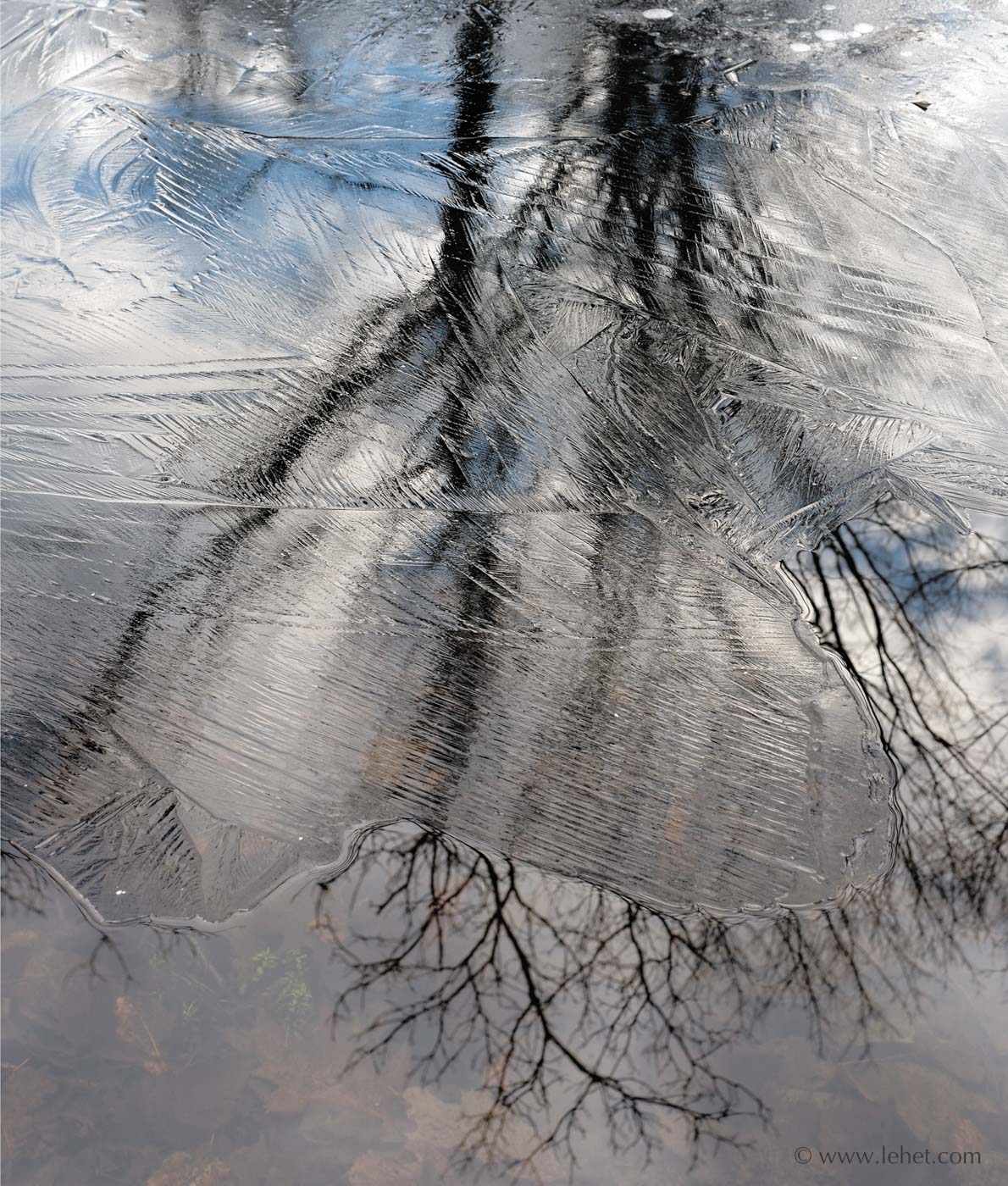 These photos are for sale as prints: