Just a simple photo exposed on film when I was young and skinny with long(er) hair. A simple bit of writing might match it nicely, but I’m afraid nothing is as simple as it looks, or as real, and I’ve been thinking about this all week so I will be going deep.

I exposed this image on 4 x 5 film in 1982. I was driving my VW rabbit to New York City to show a gallery some silver gelatin prints. I was a couple of years out of college and had been working very very hard on my photography, quite sure I was going to have my photos hanging everywhere in the world quite soon. A March morning just like this one, still some snow, drizzle, and fog hanging over it — and I saw this row of trees off the highway as I drove through Massachusetts from Vermont. Of course I pulled off a nearby exit, set up my view camera, and exposed some sheet film. It’s always slow to set up a view camera, and, like now, I was always late for everything on account of photography. I was a little late to the gallery meeting, but the image was better than the gallery meeting. It’s important to stop if you’ve got a chance at something. (I don’t remember the name of the gallery or the woman I met. She was kinder than she might have been in telling me my photos were not going to make it into her 1982 New York City gallery, the work I was doing then, and that gallery. I remember there were some platinum prints, or they looked that way, of flowers hanging there then.)

The reason this comes up now is that I was driving past that spot a couple of weeks ago in a different Volkswagen. I had driven down to Northampton MA to buy a used car to replace my almost 19 year old current car. In the test drive we drove by this erstwhile row of trees, which had been broken to bits by time and storms. It was nothing like it had been. That was very striking, though of course I was trying to pay attention to the test drive as best I could. I’m used to buildings I have photographed going down, trees falling or being cut. Happens all the time. But this whole row of trees was kind of smashed to bits, and it hit me.

And then the other day I was out with my camera on a trail I take camera hikes on pretty often. I like that trail not because it is a steady example of enduring reality, but because it manifests constant change. Images I make there on any day will never be the same as on any other day. Here’s one I made the other day, as an example of something you won’t see if you go there today: 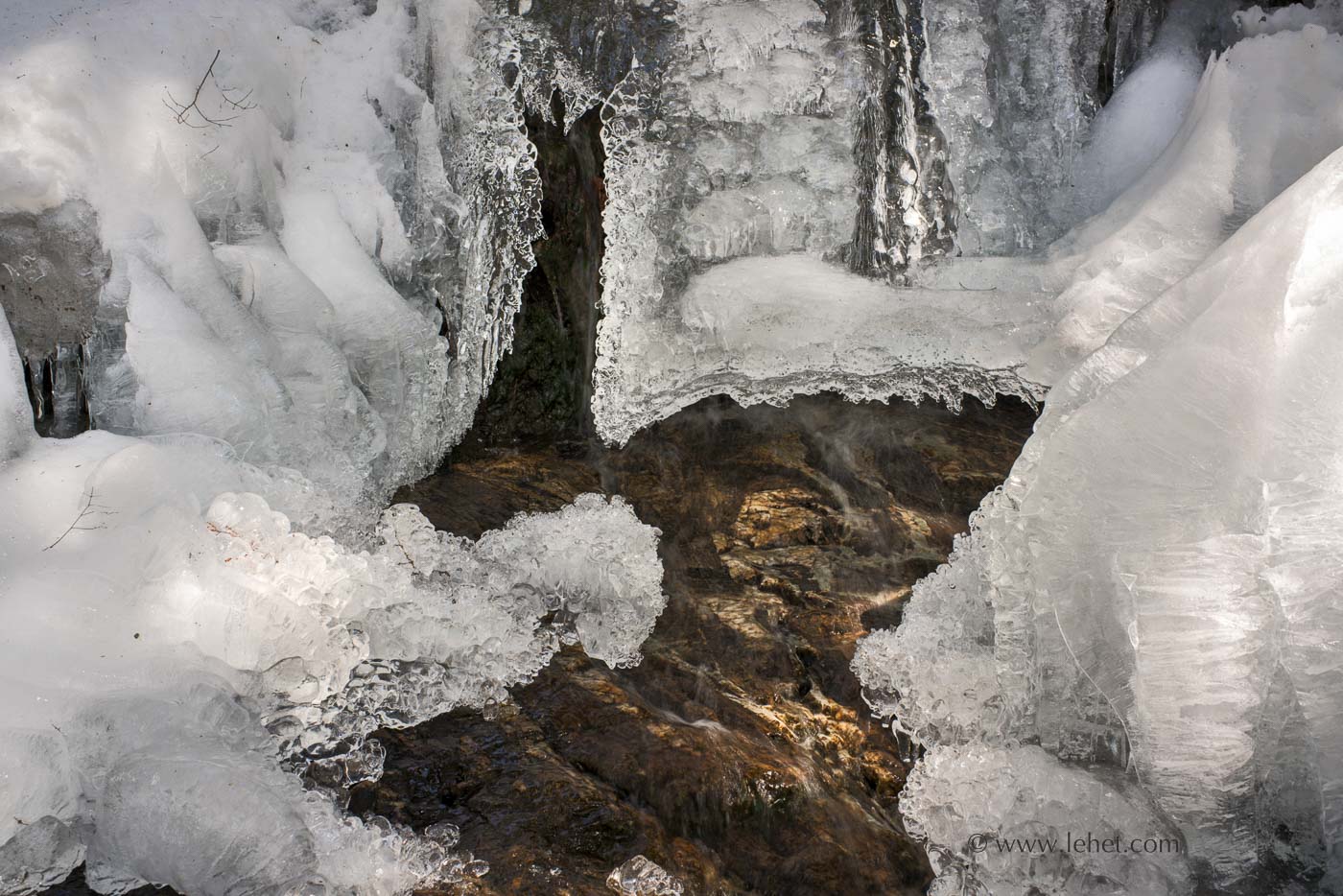 I often annoy people who know me when I claim that time doesn’t exist. I don’t mean the clocks don’t tick, or that we don’t have appointments we will be late for when we stop with a camera. I just mean that from a human perspective, it’s complicated. I’ll talk about time in another post, or maybe in a book.

This week I was experiencing how it’s even more crazy than that. Places don’t really exist, at least not in an enduring way. From the point of view of making subtle photographs that aren’t set up with artificial props and light, the light and matter we use to make the exposure onto film or sensor is so fleeting, as is the mood and vision and entire cognitive realm; that configuration only exists for the briefest moment, and then, from an experiential standpoint, that place no longer exists. If I go back to those GPS coordinates tomorrow, the light is different, I feel different, I see differently. Also physical bits of the world often quickly manifest as impermanent. I often joke to my wife, who, amazingly, understands me: “I’ve never been here before” — and I say it in a place where of course I’ve been. Earlier in our relationship I would explain, “The light is different.” I leave that part out now, as it is well understood. The thing is I really have that experience. The place is different. I’ve never been there before.

We Buddhists say things are “empty.” This is a simple thing, but tricky. There are a lot of ways to attempt to describe and understand it. The brilliant Indian Nagarjuna has lots of difficult but good text. Our current Dalai Lama frequently talks about emptiness enthusiastically, and he often cites Nagarjuna. Dogen, in the Zen tradition points to it in his “Moon in a Dewdrop.” But I think the only way to understand is to meditate, really quite a lot I think. And, like Nagarjuna and Dogen, photography points it out as well.

Clouds In Each Paper

If you are a poet, you will see clearly that there is a cloud floating in this sheet of paper. Without a cloud, there will be no rain; without rain, the trees cannot grow: and without trees, we cannot make paper. The cloud is essential for the paper to exist. If the cloud is not here, the sheet of paper cannot be here either. So we can say that the cloud and the paper inter-are.

Row of Willows for sale as a print