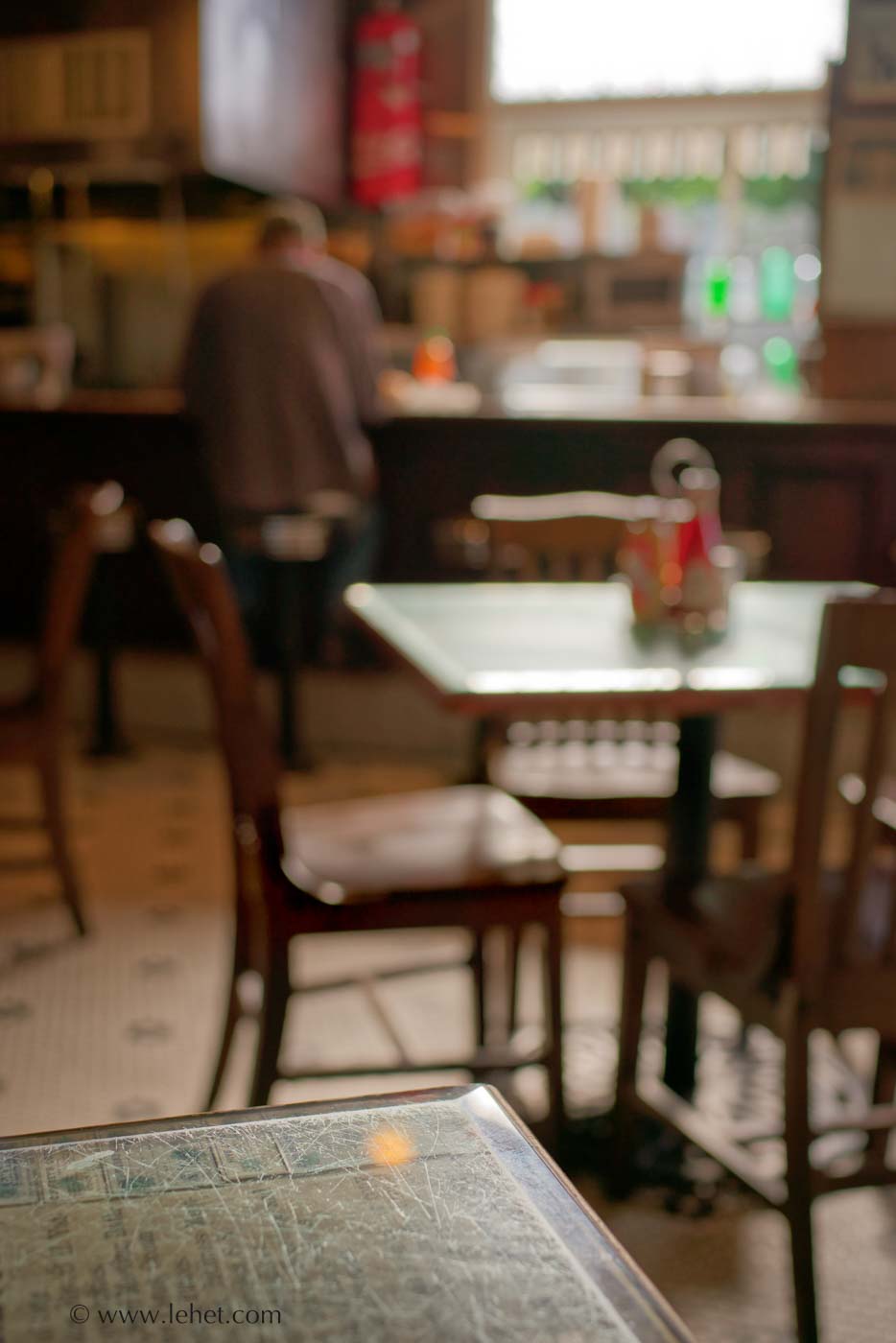 I think generally a photographer’s vision might stay somewhat “true” but of course it will also change and develop over years. It’s an interesting question for someone like me, a Buddhist, one who perceives the notion of a steady and enduring “self” as an illusion, a process with no real solidity. But some threads of continuity continue; things fall apart and then something comes back together, possibly with some relation to the momentum before. It’s hard to say what “my” vision is, except it’s whatever I do, how what I do in one season might relate to what I did in past seasons.

This photo was exposed in the summer of 2016, at a time when various influences were at play and new flavors were coming into my work. I started using manual focus lenses much more — something I hadn’t done since the late 1990s. This period was different from my early photography though. I started working with the lenses much more rigorously, exploring their character through the range of apertures, getting to know the quirks of their out of focus rendering as well as the qualities of their sharpness. In short I can say I want lenses that are very sharp where they are sharp, and show the not-in-focus areas beautifully. But there is a lot more to it than that. Each (prime) lens has quite a bit of personality in different situations and at different apertures, so I work with that as I get to know it. It changes my eye a bit.

This image used a lens that was not a vintage lens, but a vintage-like lens, the Voigtlander 35mm f1.7 Ultron. They market it as a “vintage” lens — but it has modern glass and coatings. It’s quite excellent, with some of my favorite bokeh, and it inspired me a lot that summer and onward in the months after I got it. It surely was a factor in changing and developing my eye.

That summer of 2016 my father’s health was declining quickly and dramatically. Certainly strong emotional shocks, influences that break apart my solidity — as his decline and death did — certainly that kind of thing opens up my vision as well. So this image is very much of that time, a bit of seeing and creating some beauty in some darkness. This image is also of this current time, the continuity, the continued urge to find the light shining through the dark of these times.

So what about Saul Leiter?

I saw the film about him last week: “In No Great Hurry.” I recommend it strongly. I guess the link is that seeing that film encouraged me to pick this image to publish here to some extent. So the funny thing is that as the film showed his images, my wife said, “I can see how he’s been a big influence on you!” I told her, “No!” I hadn’t known about Saul Leiter until I started seeing his images in 2018 in twitter posts by @danielbrami1, who I follow for his excellent taste in art and photography. I immediately appreciated him as a kindred spirit in exploring color, abstraction, and the quality of blur, often choosing longer focal length lenses. One thing we share is an appreciation that the composition, the print, lives as its own forms, colors, textures that have a life of their own independent of a mere subject.

In the film he said a lot of Buddhist-like things. I don’t know if he explored Buddhist thought or meditation. He came from a serious Jewish background. His mother expected him to be a rabbi. The Buddhist teacher Jack Kornfield has joked that without Jews and Catholics, there wouldn’t be many Buddhists in the west. Whatever label one could try to pin on Saul Leiter’s spirituality or artistic approach, I’ve been glad to meet him as an old friend. He died in 2013 in his 80s, so our friendship will continue through the common thread of whatever things each of us found and cultivated as we explored and developed.