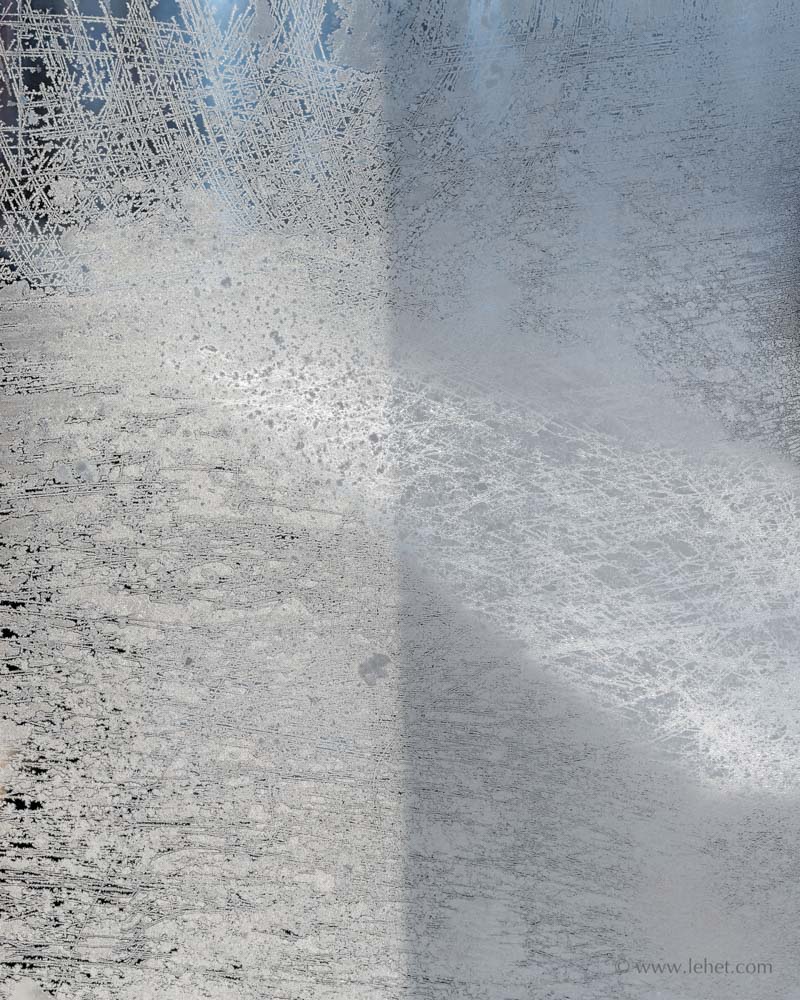 This winter we’ve had far fewer cold mornings than usual; each month out of the last several in Vermont has broken all records as the warmest ever recorded. Some of these recent months have broken the record by more than a few degrees. Still, we’ve had a few of these mornings when I open the shades, and I don’t know what I will find. The light and patterns of ice on the glass aren’t always the same. So quite often before I get to work for the day I go all around the windows with my camera. I have a lot of these, but this one struck me in the richness of texture and the way the overall composition worked in its abstraction. I hope to do a series of these sometime soon. Most are quite different from this one.

This photo is available as a print here. 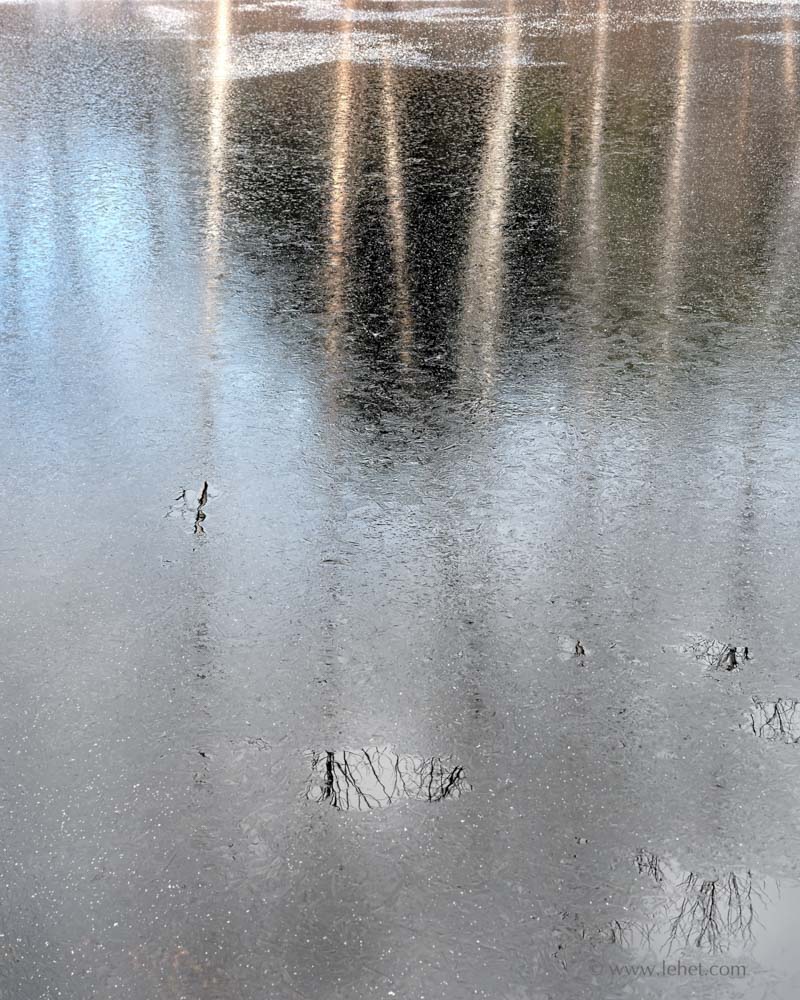 John Lennon sang, “Life is what happens to you while you’re busy making other plans” (Though it turns out there are other attributions. Perhaps others said that before John Lennon). This manifests in so many ways for all of us. We can’t, don’t pay attention to everything. We try to go in some direction, but the set of blessings and curses of our choices are never quite what we bargained for.

I’ve been blessed with small bodies of water in the last 15 years. Really odd how that happened. The last place I bought, a fixer-upper that was an 1850’s farm-hand’s house had a few things going for it. One was that I could afford it, and the other was that it was near Post Pond, which was a rich spot to blossom into this stage of my being as a photographer. I knew that Post Pond was nice. I had no idea how much time I would spend there and what an impact it would have on my vision.

Then when we decided to buy this house in Vermont, it had a little pond in the backyard. Deep enough to swim in. “Maybe we could ice skate on it.” OK, that’s a nice touch. The house is has nice character and we can afford it. But it turns out that the pond has been one of my favorite things about this place. In deep winter it’s just white, and maybe not so interesting to photograph so much. In the summer, fall, and early winter it’s an ever-changing rich opportunity to photograph. I would never want to be away from a little pond or big pond or a lake as long as I have a camera to my name.

The pond is ringed with birch trees for about half the perimeter, and they are lovely in many respects. These two images have different days of new ice, and the birch trees reflected on it. In the winter the sunrise is late enough, and of course I’m close, so it’s easy to bundle up and get out there in the first light. The pink on the birches below is the sunrise light. 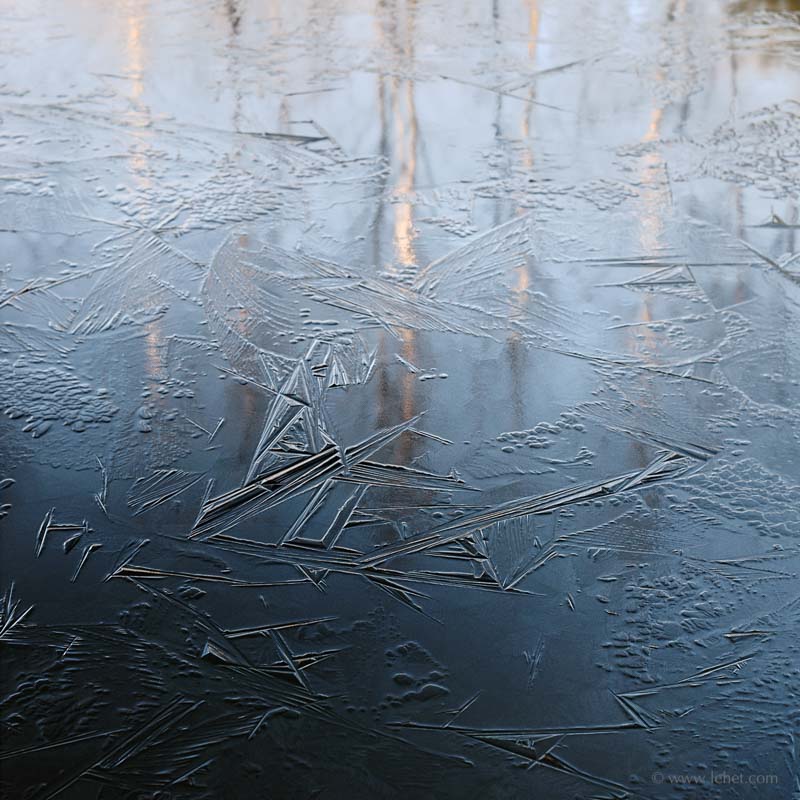 These are available for sale as prints and in a more high res view here:

New Ice and Birch Reflections 2015 I

The book is available from Tupelo Press here. as well as on Amazon and other vendors. 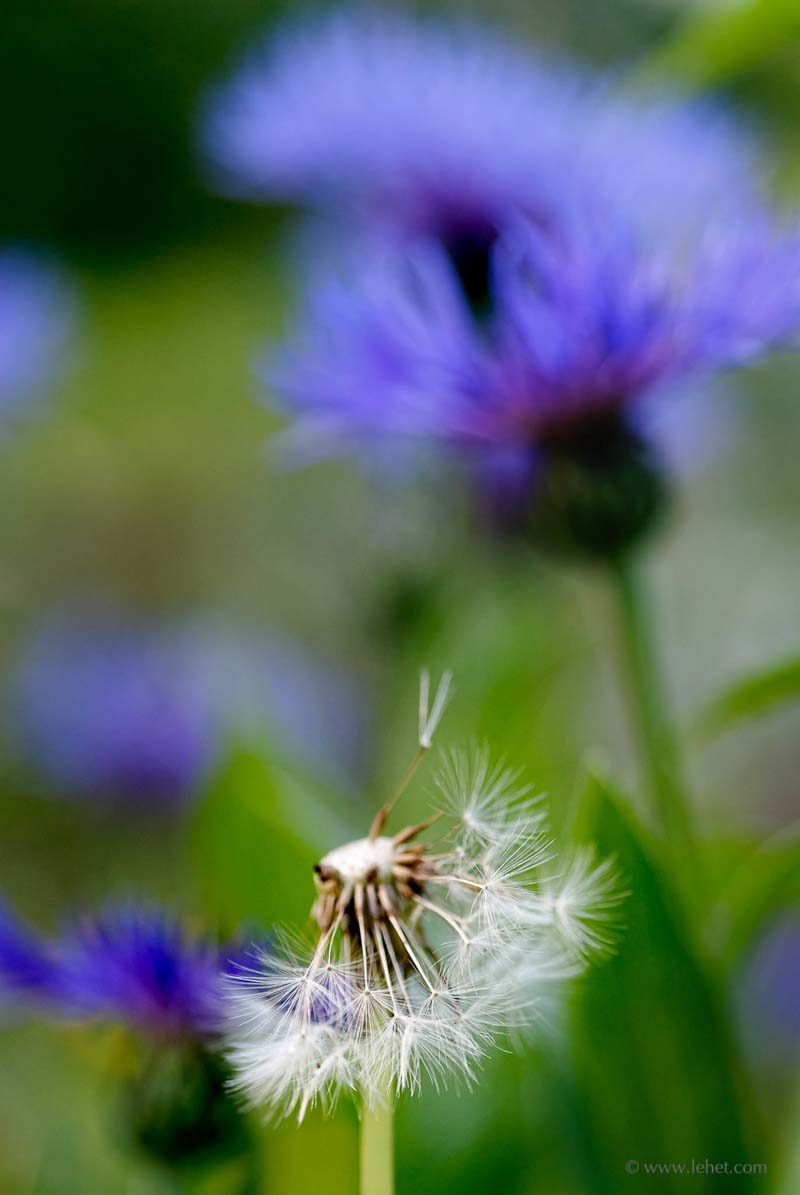 I’m working in a few directions with photography these days, but this is the image making it up here for almost-explicable  reasons. I’m working on scanning some old black and white film, which is amazing. These old pieces of sheet film remind me of the first time I saw a Van Gogh painting up close. I had a shock of recognition: Van Gogh had managed to put some kind of energy — the energy of his mind, his experience, his contact with the world; something intangible but palpable — he had put that energy into each brush stroke. I could feel it, standing there in front of the painting. And I realized that what I was trying to do then as a young man was possible. I didn’t know exactly how to do it, but I had the strong aspiration to contain some kind of energy and awareness into the physical objects, print and film.

I think I sometimes pulled it off, and sometimes still do. These old big pieces of film that I haven’t looked at for many years hit me with a little jolt sometimes, when I get a sense of that some-kind-of-energy trapped in the surface of the silver crystals. But this scanning project is a process just barely underway, and hampered by the same thing my life with sheet film always was — how to find the thing I’m looking for?

The other thread in my thinking is continuing with my interest in the Ukiyo-e, “floating world” composition and aesthetic. I have one of those from last week, new, but I’m not positive it’s good enough to go live.

Anyway, this new image, “dandelion with centurea” is from this spring/early summer. It’s been haunting me a little bit, and I felt compelled to put it online. I like the way it shows the moment as a precarious dot in the space of time. The dandelion gone to seed is at the edge of what it has been, starting the wind-born journey to what it will be. It’s moment is all but gone, yet clearly in focus, master of the moment. And moving into its own is the blue of the early summer garden flower, more than holding its own against the weed.