Here’s a cool photo for a hot day. It’s an older image that has been given new life by a better tool. Like the Ice Fishing Hut at Sunset I posted the time-before-last, this was made with a good camera (for the year), but in tough circumstances.

This will be a contender for a show of photos I’ll be hanging this winter, based around the theme: Impermanence. The Post Pond images are great for that, because there’s always some different and very transitory situation with the same line of hills as a backdrop. Now to choose between these two for that purpose.

This photo is for sale here. 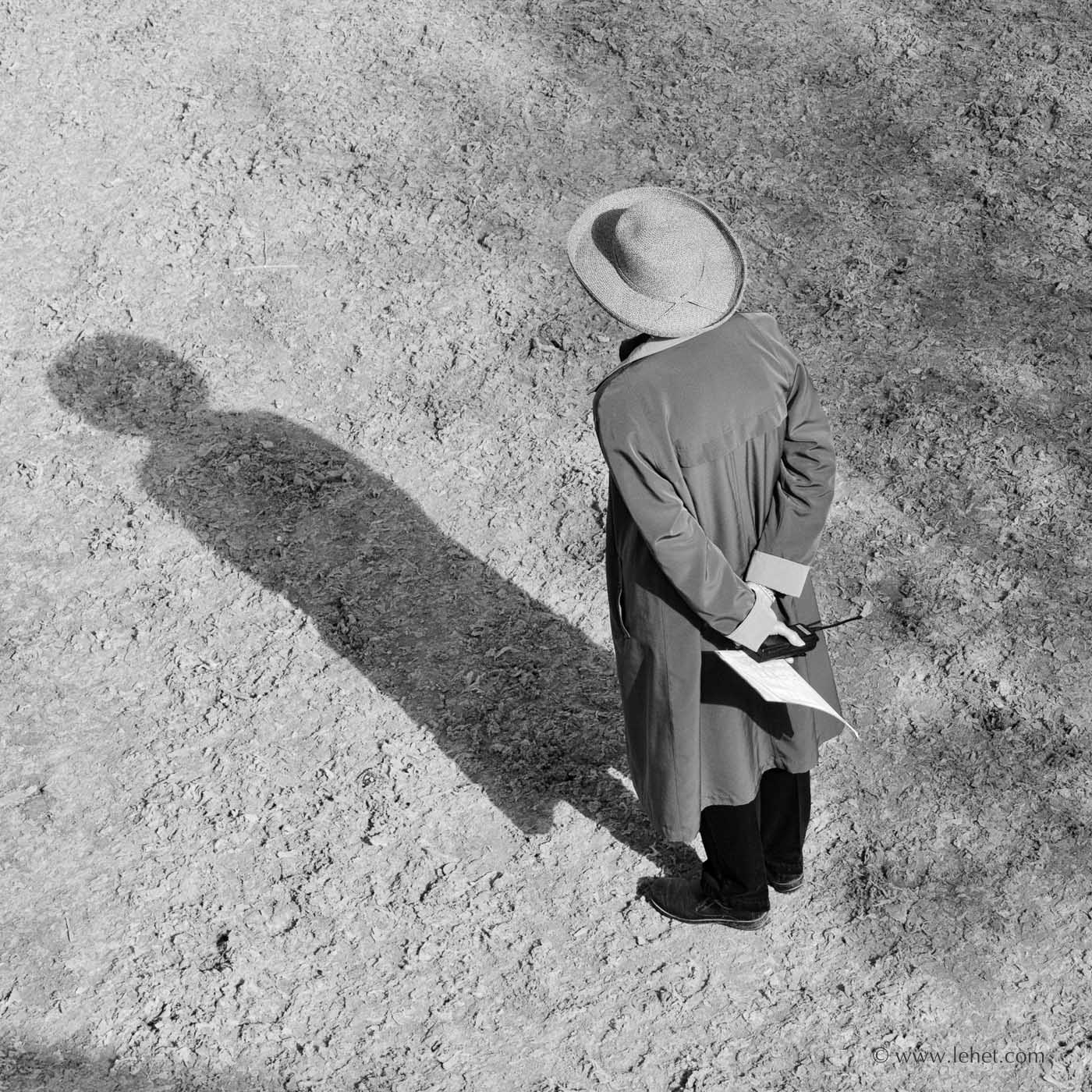 Like last week’s photo, this is a contemplation on the separation of photo-perception from real situation.

Here we have a somewhat spooky image. I could have made it much spookier: as a black and white interpretation, with her shadow much stronger, and as a square crop. But I prefer the tension between the natural and the mysterious in this interpretation.

So often in a photo, just as so often in life, we don’t really know what’s going on. As in life, we are quick to snap to a judgement or a sense of “knowing.”

Here we have a figure, apparently a woman, in a rather severe gray raincoat, on a sunny day. The shadow, the mystery of the walkie talkie and paper; it’s a bit strange. Is she a spy? A military figure? She is alone in space with her dark shadow.

It turns out, she’s helping out at a horse show. I myself know nothing about her, but the odds are good that the reality is the opposite of what we impute from the photo. In fact, it’s a big and fun event. She is helpful, perhaps kind.

It’s amazing that a photo can reveal so much about a person or a landscape, an environment, an energetic situation, sometimes. But it’s just as amazing that the perception is just as often about our own reaction. It’s a reaction that can be played upon by the composition, the tones in the photograph, the small selection of subject we are allowed to see through this window. We are that way in life, too. The world is infinitely complex; seemingly solid situations shift like dry fallen leaves in the wind. Before we can really understand a situation, it has morphed, we ourselves have changed, the gestalt has reconfigured — and yet we always see it as solid, we think we know what is going on. 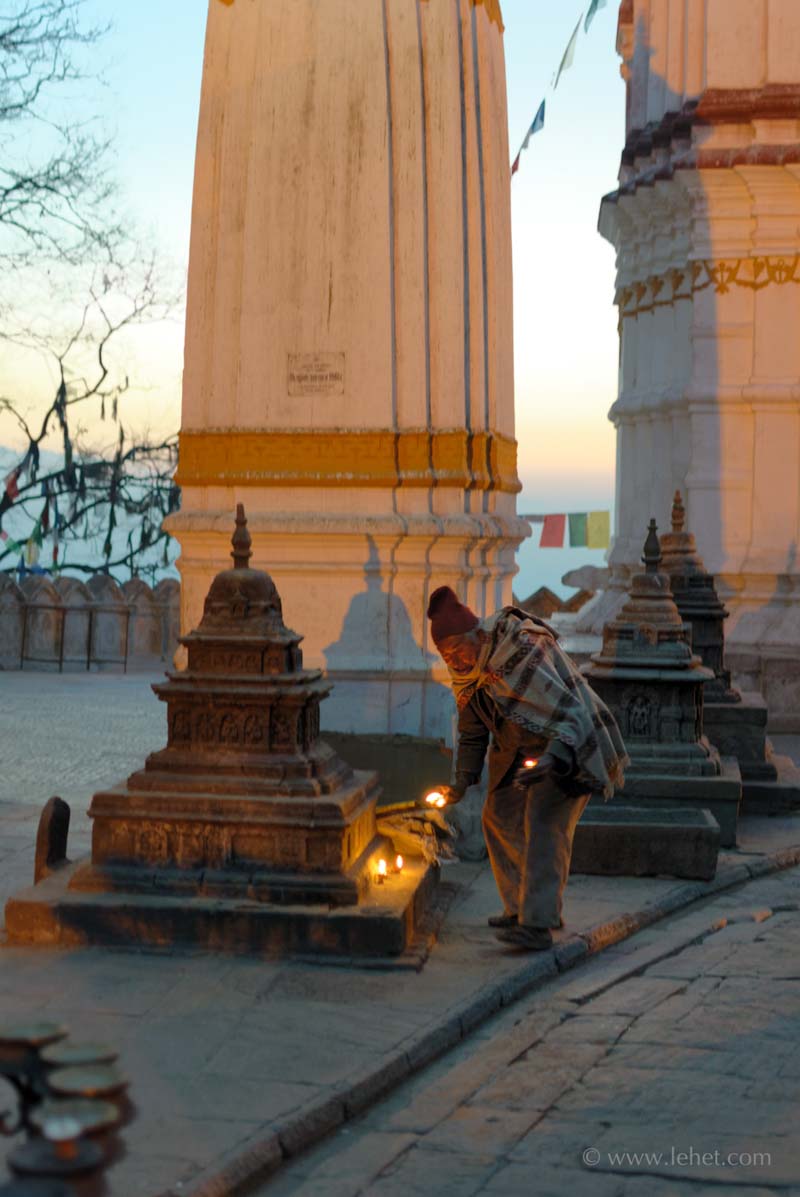 This is back to the same morning I started out this Nepal series with, and not to far apart in time from that first post.

This man was a serious meditator. After his preparations, lighting candles here, he sat on what looked like a couple of rice bags — essentially the cushioning of a few grocery bags — on the stones and meditated by the stupa for hours. We walked around and around, counterclockwise, many times, and he was sitting there clear and peaceful. 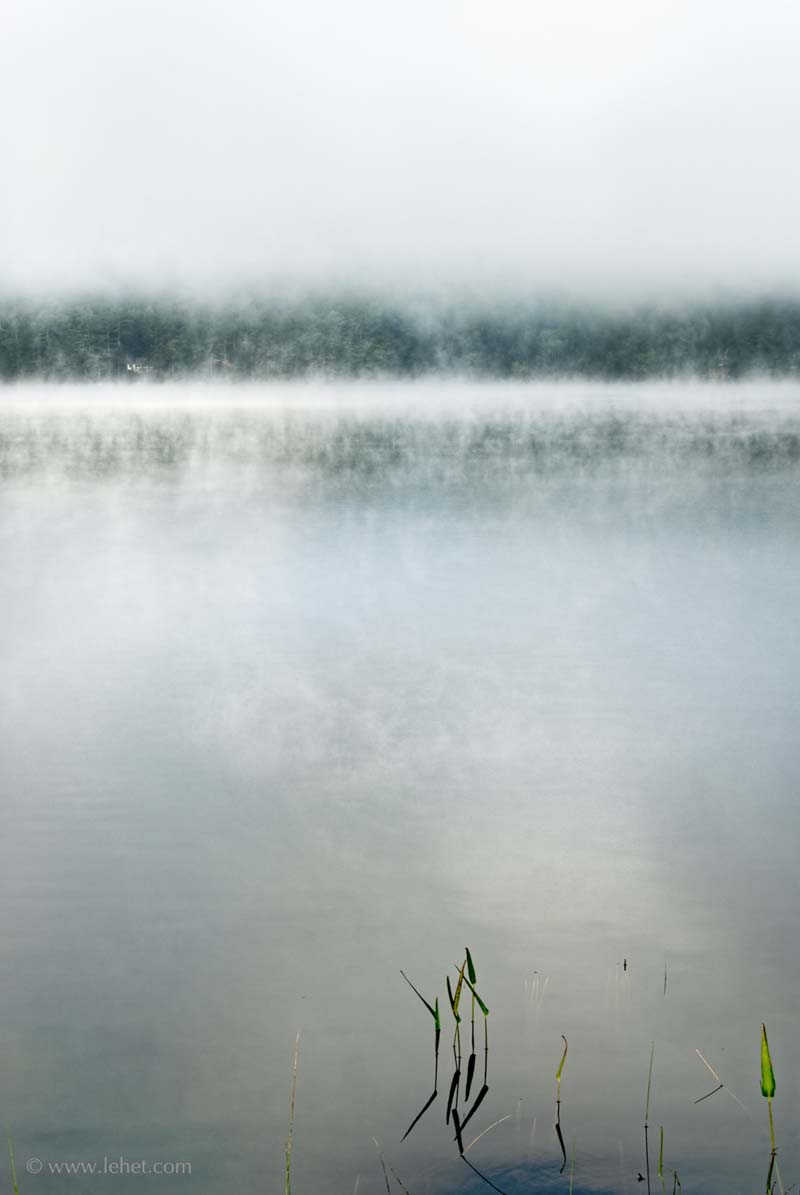 In the last weeks’ posts, I’ve been dusting off some old photos from the past, back when I lived near Clay Brook and Post Pond in Lyme, NH.

The way a walk would go would be that I would cross the street and walk along the brook, mostly looking at the world up close. Then along the path in the woods (last post), and then POP, everything opens up at the pond.

This isn’t a view I saw after a walk. Likely this was from the road, after driving my daughter to school (that was a good thing to do, which I miss — time with my daughter, and the world beyond my office, camera in the car).

Now it’s spring, quickly turning toward summer in this changing climate. I’ll take a break from frozen abstracts, I think. 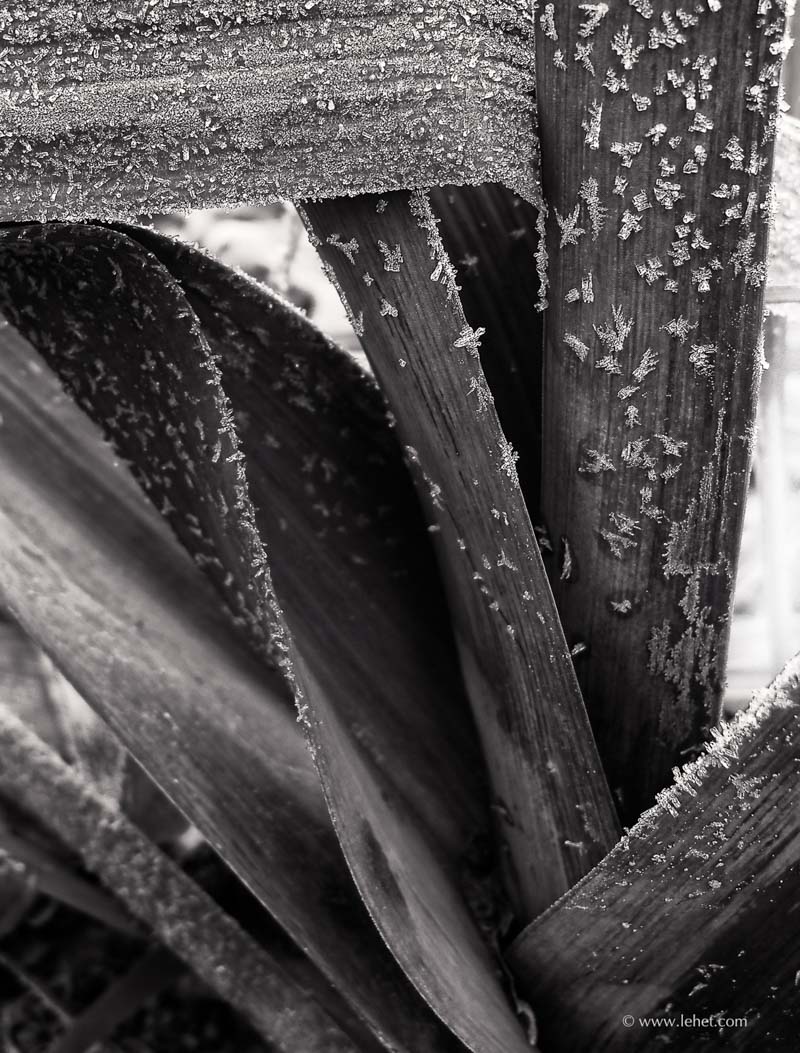 This photo isn’t a prize iPad lock screen image or home screen image, which was a roll I was on last week, but I did find it while flicking through a catalog on the iPad. It struck me, strikes me, to be very much of the lineage of large format based silver prints I used to make in the darkroom in the early 80s. This looks a lot like an 8 X 10 I might pull out of one of my archival boxes of silver prints I made in the darkroom. It’s kind of surprising it came from a digital camera.

The good gray tones, textures, a wild composition with strong lines — it has all the stuff I used to try to do. I’m not positive I like it, but I think I do. I know I’m not the same person who made those other photos back then with the big film camera, but there is some echo, some thread. Very mysterious.

This photo is no longer on the site as for sale, but email me if you’d like to buy a print.