July 12 through August 12, 2018 - "Post Pond in and out of Time" at Matt Brown Fine Art Gallery, Lyme NH - about 20 freshly interpreted prints spanning over a decade of making exosures at and near Post Pond in Lyme NH

A fairly extensive one-man exhibition (about 27 prints) at the Osher Gallery of Dartmouth college through October 2017! 7 Lebanon Street, Hanover NH, open during business hours on weekdays, but only until 1:30 on Friday.

I have three pieces in the show, New England on Paper: Contemporary Artists in the Boston Athenæum

The show runs from April 6, 2017—September 10, 2017 The show is fantastic -- good art well curated -- with each piece supporting the whole show. See it! Also this spring at Pompanoosuc Mills in Thetford Vermont, I share the big space with two other artists, through Memorial Day. Come to the reception! 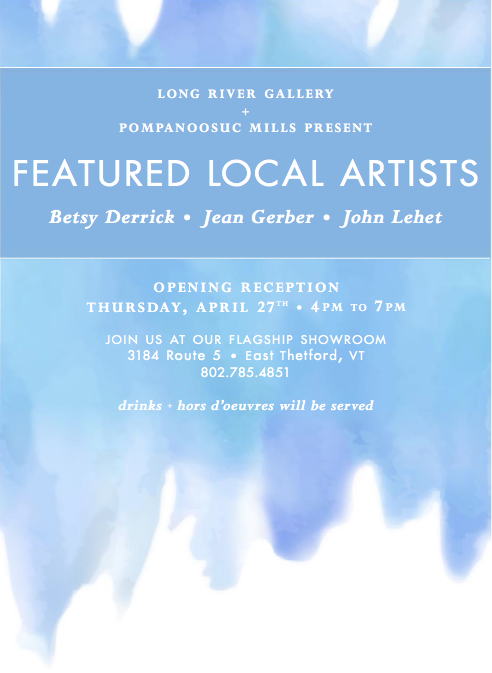 Spring 2016: In Stella's Restaurant, Lyme NH (as a "gallery annex" show for Long River Gallery in Lyme, where I also have some other pieces next door in the gallery)

This Photo is currently hanging (late fall 2015) in Essex Junction in this juried show.

This photo was accepted to this show, one of the 59 works chosen out of 331 submissions.

Eleven Prints in the Boston Athanaeum

Currently not on exhibit, these eleven photos are available for viewing at the Athanaeum by appointment with the curator.

This show is a subset of images from quite a large show that was hanging last winter at the Ledyard Gallery in the Howe Library, Hanover NH.