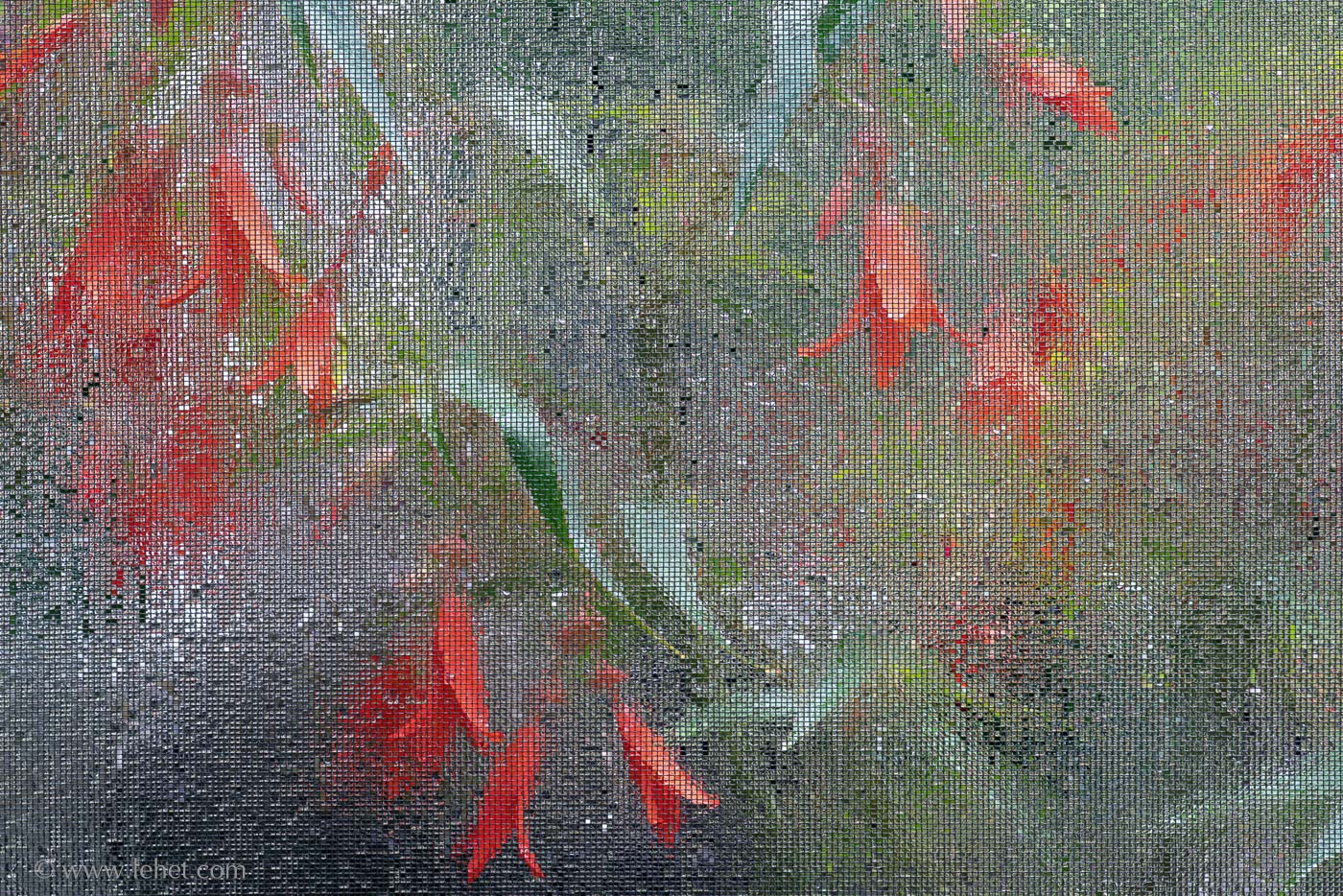 I’ve written about meditation and photography some, maybe too much. I keep trying to make things clearer, but I’m afraid there may be misunderstandings. There are certainly misunderstandings, but I hope they at least don’t get worse on account of me. Probably, at times, I’m making things worse. And of course I am a mere practitioner, so if you are interested in how the mind works and what is going on with meditation, I encourage you to seek out a qualified meditation teacher. (I’d strongly suggest a Buddhist teacher, even if you are uninterested in Buddhist trappings or notions. The 2500 year tradition provides a detailed map of the terrain of working with the mind rather than a mere technique, as you will get in a a secular approach).

First, meditation is its own practice, a kind of not-doing, mostly, done on a cushion or a chair. There are many approaches to it, and some are perhaps more active than others, whether on that cushion or while actually doing something. But the important point is that basis of it is working with mind and awareness itself, directly, and not dressing that up or confusing it with some worldly or materialistic pursuit. Photography, of course, is different. You are doing something, often with a different motivation than purely working with mind.

So, this relates to photography in a couple of ways I’m aware of. Meditation, if one works with it consistently over time, may have some impact on our awareness, clarifying our perception. This could also include perception of our emotional world, so the resonances in photography, what we may feel as a result of a made image, may become clearer as well. We may see better, and we may feel more. Less numbness means more engagement.

Then it goes the other way as well, with photography having its own impacts on our vision, awareness, and emotional development. This is where the connection with meditation gets confusing to many, as well as to me sometimes. There is an aspect to practicing photography that puts us in touch with opening our awareness of the world and also the emotional realm — how we resonate with the world. This can function and feel a lot like meditation. I think if done with awareness of what’s going on, there can be something like meditation going on in the practice of photography — sometimes.

I think there is a big difference in some ways that are important. Meditation, at least Buddhist meditation, is non-material, not goal-oriinented. It is a pure practice. As such, it is extremely radical and transforming, a dissolving force applied to the concept of selfish-self and ego altogether. It’s important for the meditation to be pure that way, not done with what Suzuki Roshi calls “gaining idea.”

Photography is quite different. As a photographer, we want to make “our own” good image. In some way this effort is attached to our ego. There may be something pure in our desire to see and perceive and do the work to increase our awareness and resonance and openness. There may also be something that is — from a Buddhist perspective and from the perspective of reducing ego-clinging — sometimes less productive in this regard.

Personally I feel my own photography has improved a lot as I have done a lot of meditation and studied with amazing Buddhist teachers over the last several years, but that’s just a side-effect, not why I meditate. To the extent that my photos are “Buddhist, meditative photos” I hope any such characterization also finds them to be radical, intense, cutting through — not some kind of new-agey mellow peaceful thing. My intent is more to cut through the solidity of our mis-perception, which is a radical act. Nor is the transformation of my mind the sole object of my photography, though it is there. Photography and meditation are different, but they dovetail.

One thing that is interesting to me and important to point out: most of what we consider the great masters, contemporary and historical, were not meditators. Look at a photo by (in no particular order) Elliot Erwitt, Paul Caponigro, Edward Weston, Paul Strand, Fan Ho, Saul Leiter, Ansel Adams, Andre Kertesz, Cartier-Bresson and so many others — looking at their best work one should gasp and wonder “how did they see so well?!” And that is a mystery. They worked and worked, practiced a lot of photography, embraced art as a whole, lived life deeply and in the end it showed in their work. That gasp we do, “How did they see so well?” might be part of that mysterious connection we might make between meditation and photography, but in this case it is not related to meditation as such. 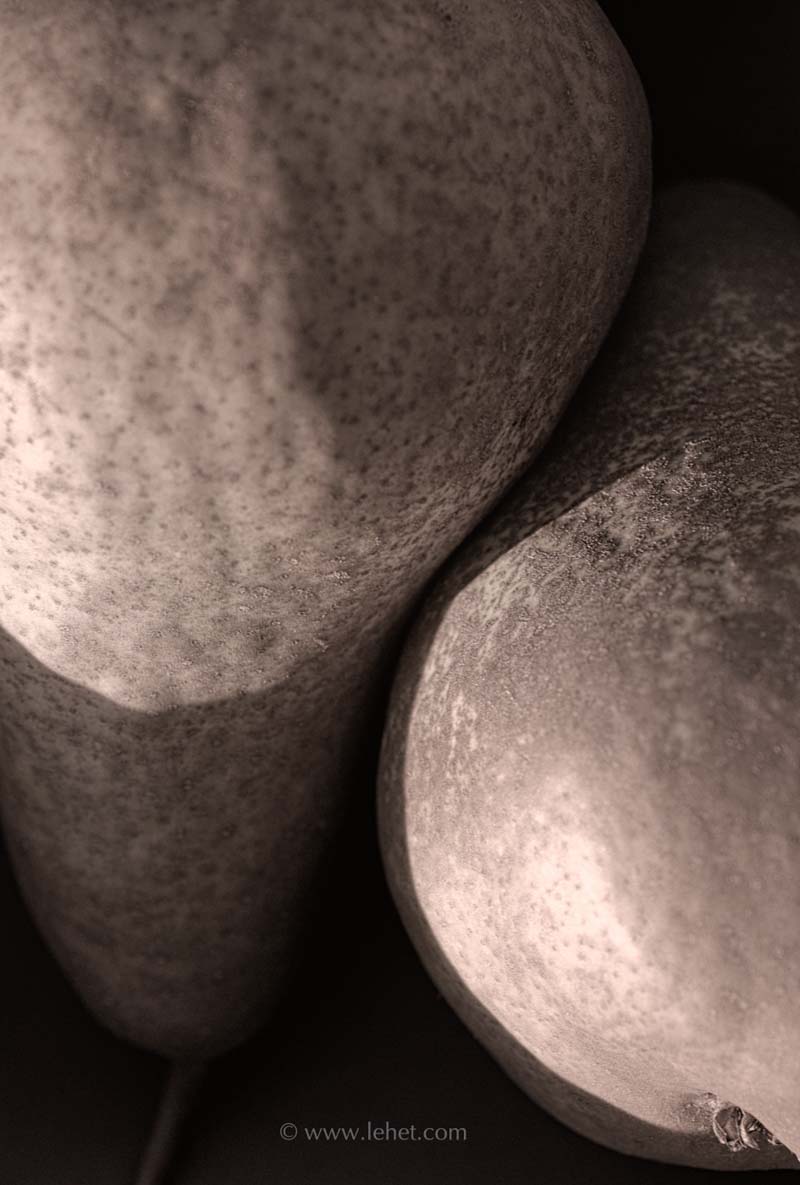 Photography has always been a very strange combination of focus and distraction in my life. Quite often using my camera is most compelling when I’m supposed to be doing something else. I see the most beautiful things when I’m driving in my car if I’m late for something. The discipline of using a camera (especially in the old days with a view camera, sheet film, and a spot-light meter) needs to dovetail with the open mind that sees and can feel the resonance of the world. The task of setting out to create or find a particular image seems to almost always end up with an altogether different result. This seems to be just like the rest of life: as John Lennon says, “Life is what happens while you’re busy making other plans.”

Just as last week’s image was found in my catalog while looking for something else, this new image struck me for a second week in a row, while scrolling to get to another image, with an altogether different feeling and intention. But this was too good to pass by.

In fact I am working with some apples and pears and such in an ambitious little project that doesn’t have much to do with the way this photo turned out. Grateful for the bit of focus on that, in that it gave me this. 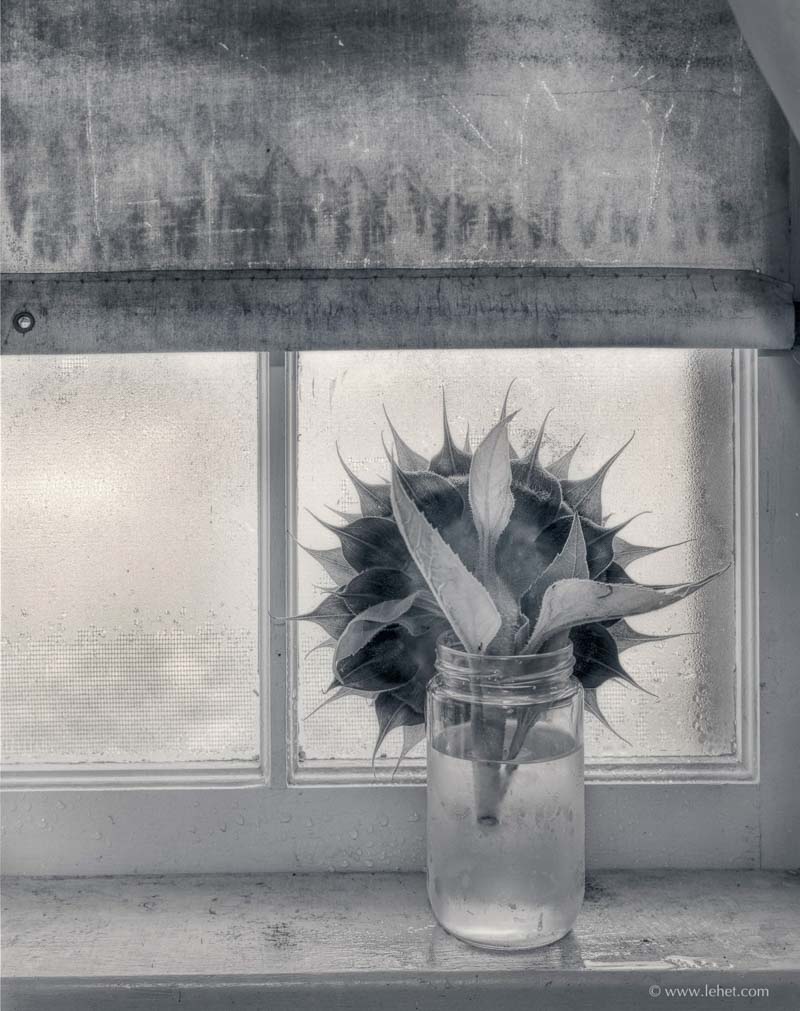 As the last post featured a sunflower facing west, this sunflower actually was facing west as well.
In 1981 I was young and skinny and wondering what to do and nursing a recent heartbreak, a year out of four years of college, wanting to be a photographer. I was working hard at that, trying to hold onto something. Funny to try to hold onto Photography as the one solid thing in my life — like grasping moonbeams and falling snowflakes. Funny now, but So Serious then. I lived in a shoddy apartment, but with good hearted people. My life was quite full of open hearted friends, and we had an amazing garden. I worked enough to buy food, sheet film and paper and spent the rest of the time with the camera or in the darkroom. I washed a lot of silver down the drain, and crystalized a lot of it onto film and paper too.
I scanned this film today, and also found silver prints of this image in archival boxes. I will print it a bit better now than I was able to in the old days.