It’s been too long since I published a photo of the week. To the extent that they are new photos on the site, I’m still late — but I have an excuse. I’ve been traveling a lot. Lots of good news in that: I got to see friends and family; I made a lot of exposures, had experiences, did good work. The farthest extent of the travel was to Washington DC, with my daughter, where we saw my photos hanging in the Senate building, in my senator’s office (Bernie Sanders). I don’t think Bernie himself had anything to do with this, but rather his staff and an intern, who we met. Kind of a cool honor to be hanging in the Senate building…

Here I am with them, through the lens of my daughter’s iphone 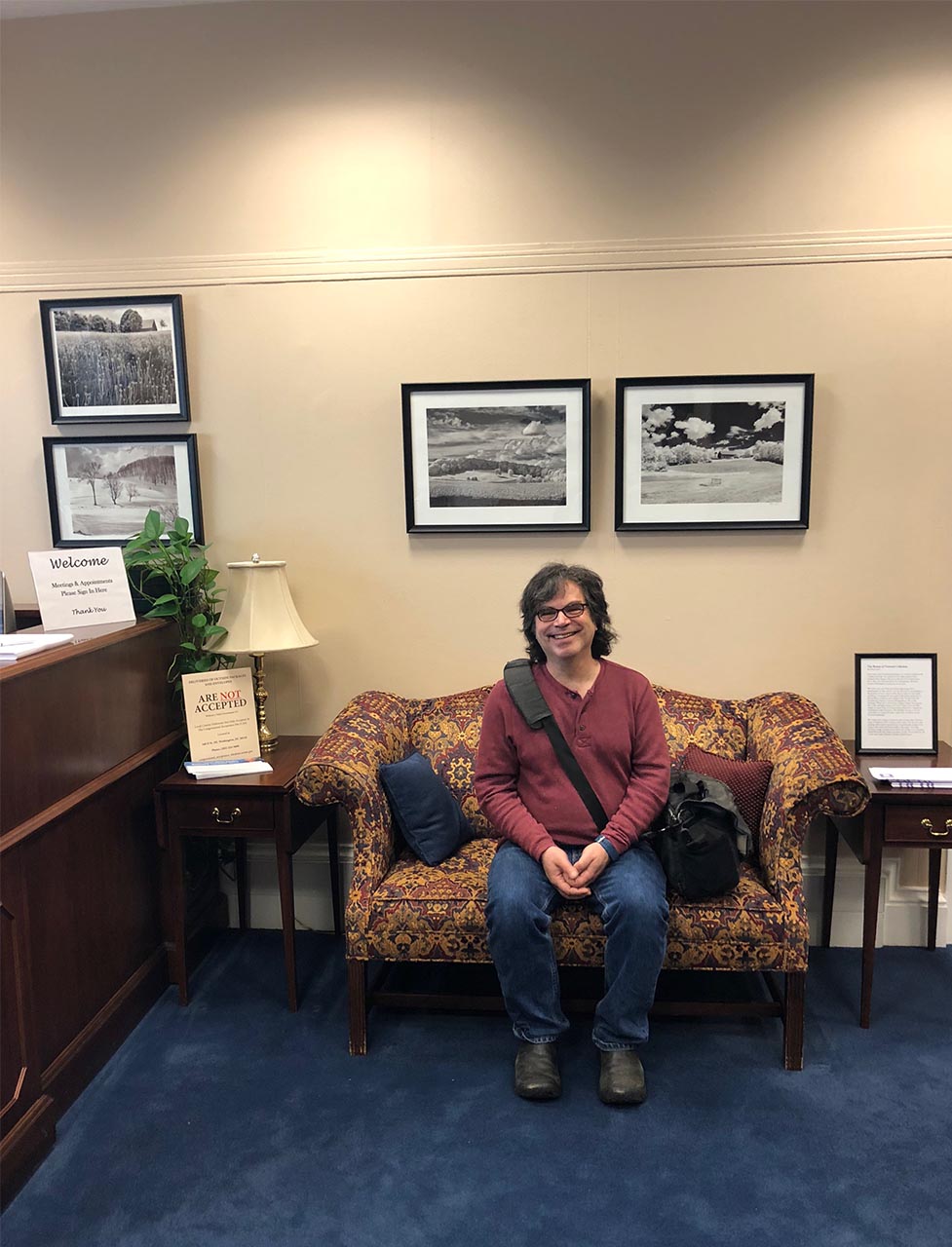 I had fun with one of my newest vintage lenses, an old Olympus 50mm which has a nice f2.
Here, in Boston on the street (straight out of Lightroom; if I print this I will probably edit it) 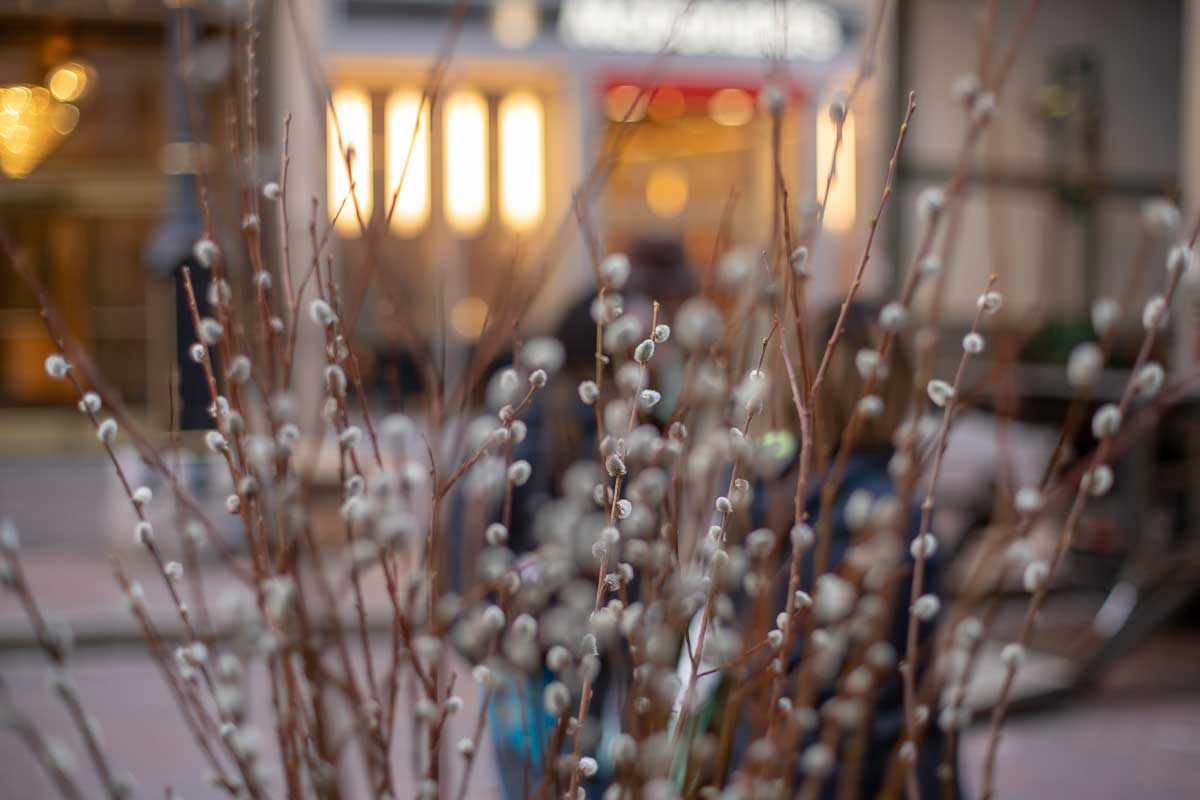 And here are my friends from Nepal, visiting Boston, inside a shop. This old lens has an unusually nice quality of blur in the foreground. I think those tulips closest to the lens might look funkier through many other lenses 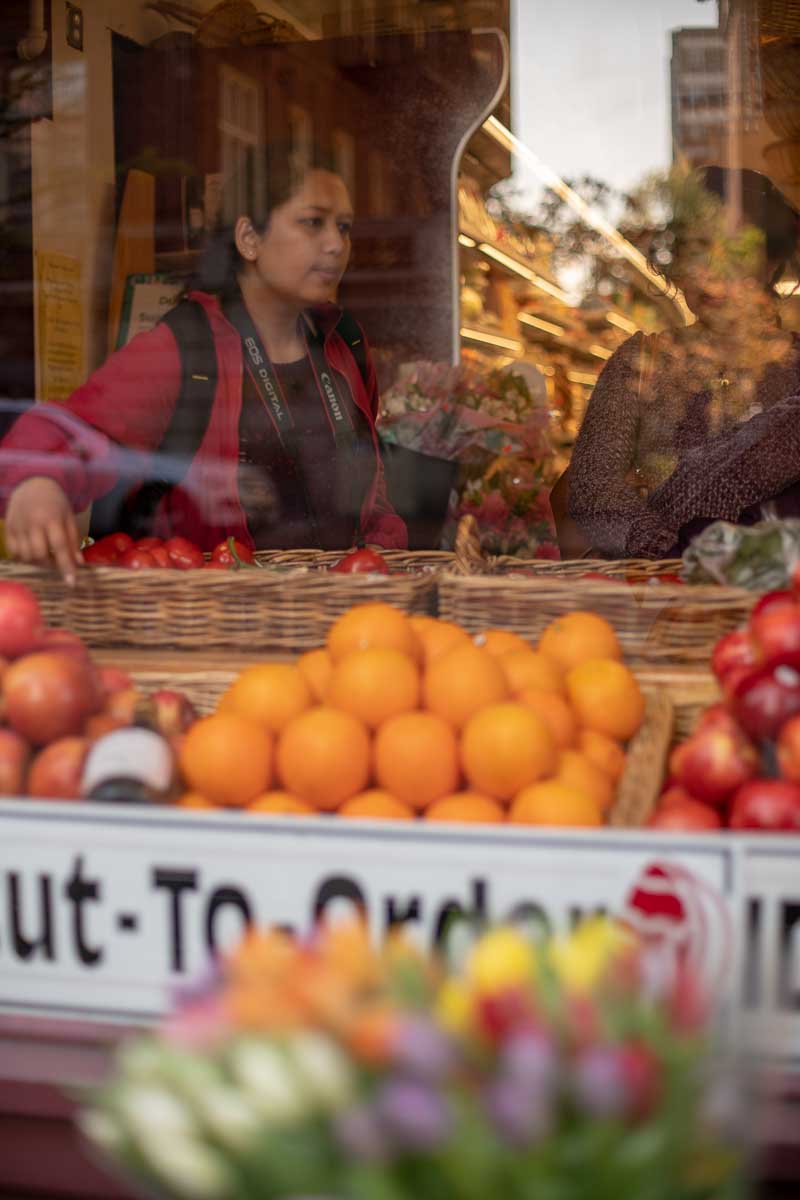 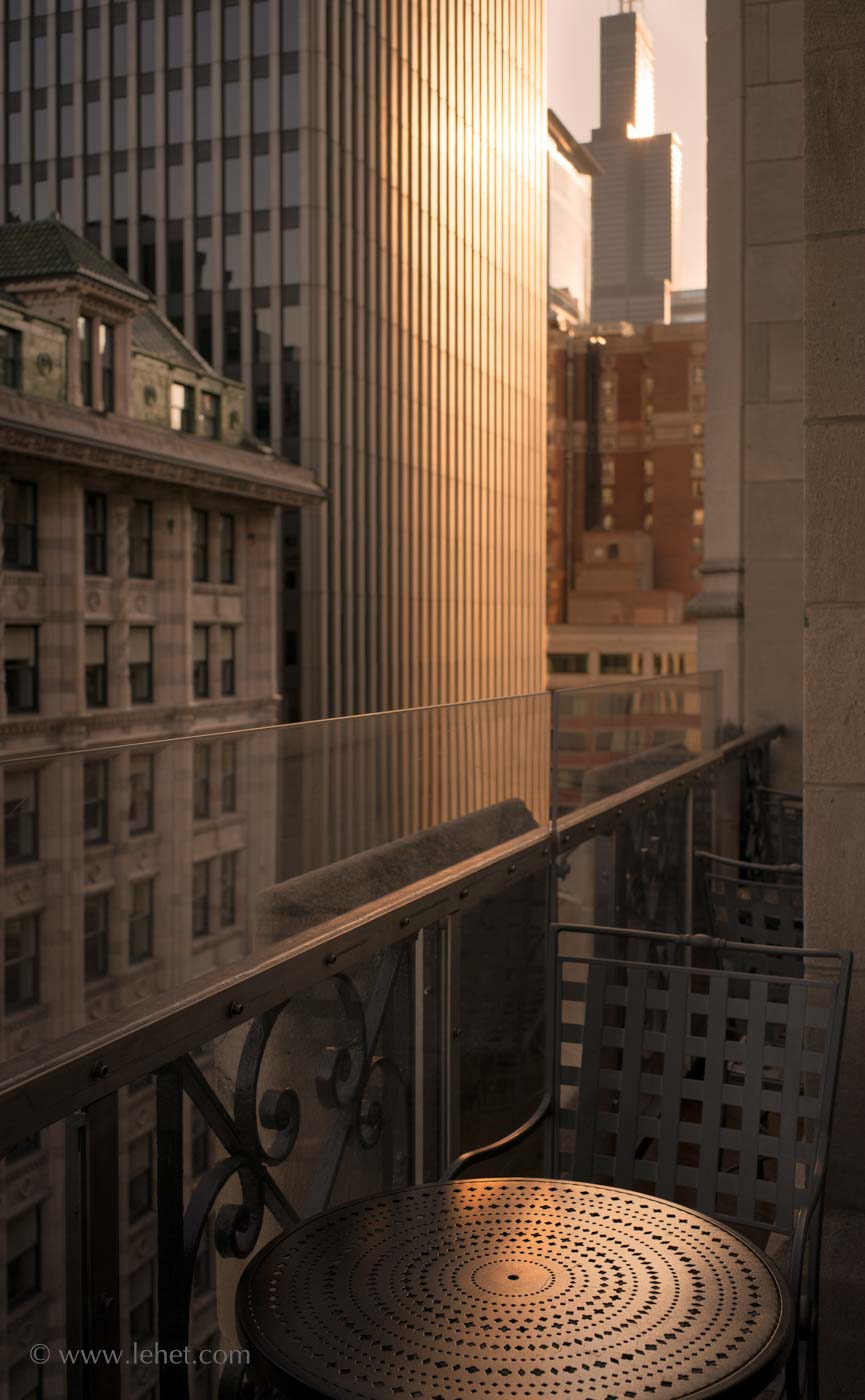 Since I was in Chicago last summer, I’ve traveled quite a lot, and also I’ve spent a lot of time with a camera around my haunts in Vermont. I’ve been to Norway and back to Iceland since then. But most of those photos are still hidden from the world. This one popped up on my screen, again, and I just had to print it. It’s on Canson Baryta, which works better for this image than the textured matte papers I’ve tried, because this paper has better separation of the dark tones in the shadows.

When I was a skinny young guy lugging around a view camera, I benefitted from the experience in at least a few ways. One of them was that while composing and focusing I saw the image upside down and backwards on the large ground glass of the camera. This meant that I could abstract a sense of geometry, form and tone more instinctively. I often would not make the exposure if the composition didn’t work when it was upside down; having set up the view camera for nothing was negative reinforcement, so I learned.

I’m not sure if this image works well upside down, but I think it works on account of the geometry and tones. And those qualities work together with the mood of it. I was there, and in a mood, so to me that seems to be in the photo. Hopefully you catch a feeling from it too, though we never know if we really share the same mood or feeling. It’s a mystery. All of human connection, and especially that which can happen through a bit of art, is mystery.

This print is available for sale on Canson Baryta paper in various sizes.