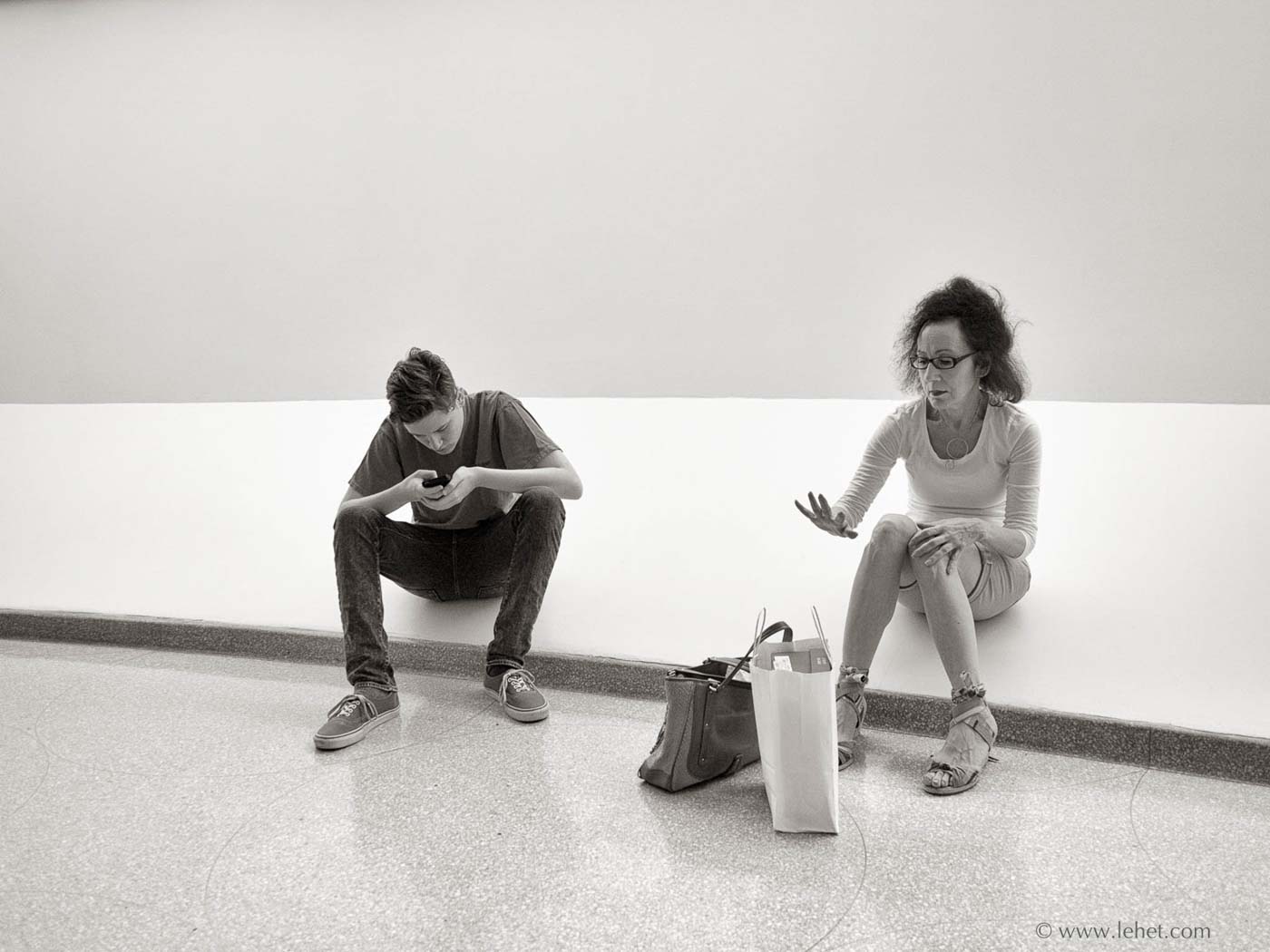 This is not my usual style, out of all my usual styles, but I like it. Like the last few weeks’ entries, there is a strange juxtaposition of the image and the context. There was a long line, about an hour, to gain access to the James Turrell installation on the fifth floor of the Guggenheim. Because the open interior of the spiral was closed off, the hall with so many of us in line felt a little bit claustrophobic, and certainly echoing the busy energy of a crowd in New York City on a Sunday afternoon.

But strangely, in that crowd, the light and space create an image of spaciousness and openness here in the photo.

Unfortunately I was disappointed in this exhibit, at least in that context on that day. The museum was all abuzz, and it was crowded. Turrell’s work is meditative, and all about opening to a slow, quiet experience of light, space, and our own role as a perceiver, as a participant in the light and space. I love his work. But on this day for many of the pieces I couldn’t slow and open enough to participate in this slow dance of perception he invites. At least that day on the Guggenheim I did slow enough to experience light and space, and humanity in 2013, to make this exposure. I had a chance to see a rather extensive show of Turrell pieces well over a decade ago in a quiet space, and I really hope I get to do it again.

One thought on “boy with phone, woman with hand, waiting for James Turrell at the Guggenheim”