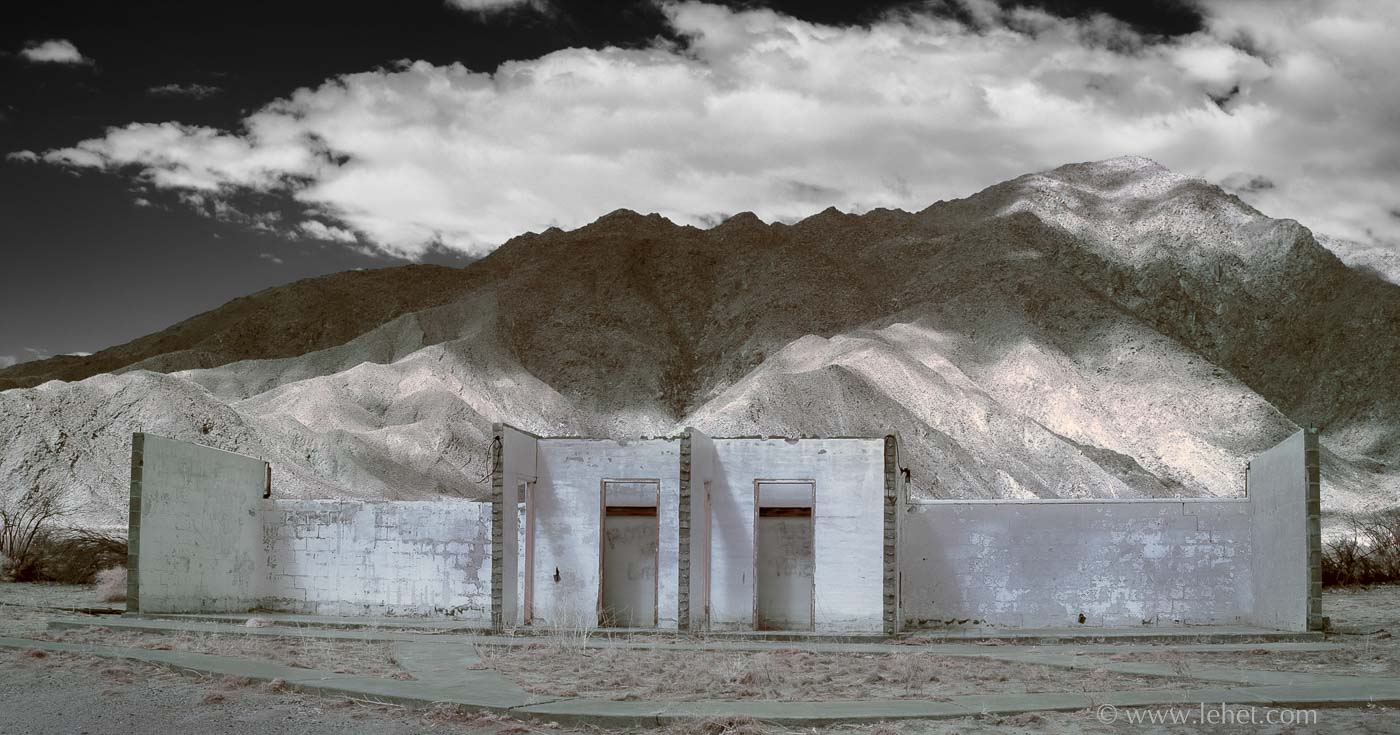 This is an older image I’ve always wanted to move from the archive into the public light, and the upcoming show — for now based around presenting the truth of impermanence — is a good excuse to bring it forward and print it.

It’s a funny thing: infrared images are so good in lush places full of foliage. But I found that I made a lot of exposures when we were traveling in the California desert a few years ago. Somehow the crispness of the hills and clarity of light works well with infrared, and the bits of foliage that exist serve to bring an even greater luminosity to the image.

I may have said this before, but I’ve always like infrared photography not because it transforms reality into something stranger than it is, but rather because it shows almost more accurately sometimes, or at least provides another reasonable take on how we actually perceive it. “Normal” black and white photography may seldom ever be “normal” in that a colored lens in front of the black and white film or an interpretation of the red/green/blue balance when rendering it as black and white in photoshop will provide very different interpretations of the image. In any case my point is that each is an interpretation of the way landscape is rendered as image; we’ve just gotten more used to some standard views, and we consider them to be normal. But in what world does drab gray evoke the experience that foliage — living plant material — evokes in us. To me it is luminious, glowing with the light, never dead and drab, or seldom anyway.

So anyway, this is going into the mock-up of the coming show and then heading for the printer to see how it goes.

I think what I really like about this is the kind of open-ness that reminds me of the way I have become opened-up in my life. Some of conventional shells I shut myself into have been blown away by circumstance, or painstakingly peeled away by my own efforts, or just worn out. There are still walls left, but they’re not quite shutting out the world like they did before. Well, it’s not just that I feel like a ruin — it’s the sense of inside and outside being one. No subject, no object. Some days, some moments anyway. Some days all the walls are up, and the cheap carpeting is musty. Try to open the windows every day, at least.