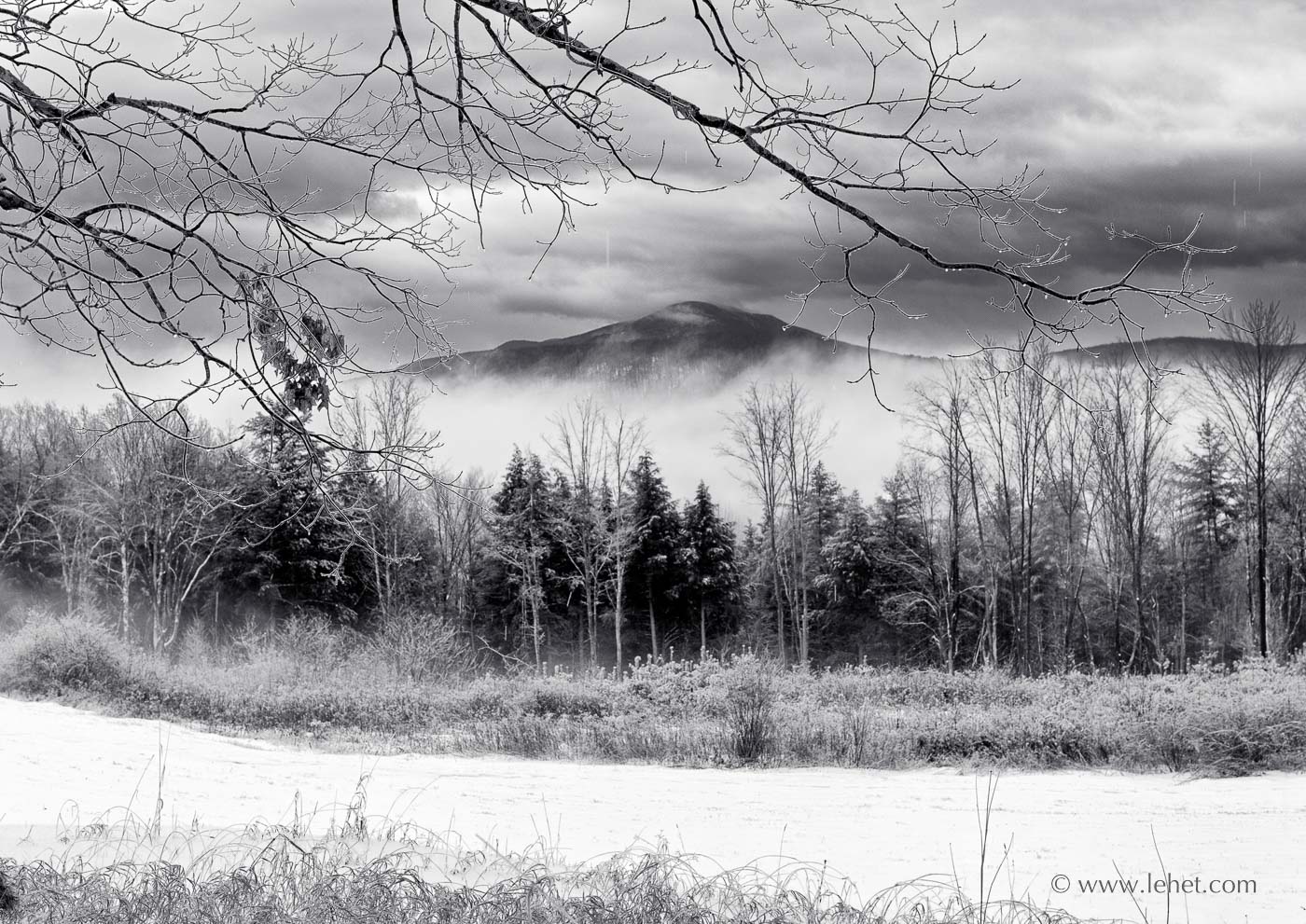 Anyone who has spent any time at all honestly examining their mind and experience knows very well that most of the time most of our awareness and attention is not directed at the situation at hand.

So it was that I started the day of New Year’s Eve, 2015. I was looking forward to photographing at Post Pond a bit later in the morning, since I was scheduled to be in my old town of Lyme NH at 10. I figured I would leave early and give myself a generous amount of time there to photograph before 10.

Here in Hartland VT the trees and weeds were glazed with ice from freezing rain the night before. The light was soft but bright, and there was some fog and mist in spots. A good opportunity! I had to spend some time here before I headed to Lyme. I made way too many photographs right in the back yard, and heading off I was just barely going to be on time. But I still had to stop and expose the image above.

It turned out that as I approached Lyme, the ice storm was not in evidence, the light didn’t have the luminous quality that we had in Hartland. My 10am appointment was to gallery-sit at the Long River Studios gallery. After that was over I went to Post Pond, and — nothing inspiring. I could spend some time and find something, always, but it was not as it had been in my mind. There wasn’t even any ice on the water.

But in honor of my fantasy of how it was going to be, I’ll resurrect an old exposure of Post Pond — sort of how I thought it would be there. It’s kind of funny, because I’ve been wanting to go back there with my newer, higher end cameras and lenses, but that gear didn’t help with nothing interesting in front of it. The photo below (which I will not be able to print very large) was exposed with my earliest DSLR and the worst lens I ever owned in 2005. It worked out. Sometimes the situation works out if you’re fully in it. 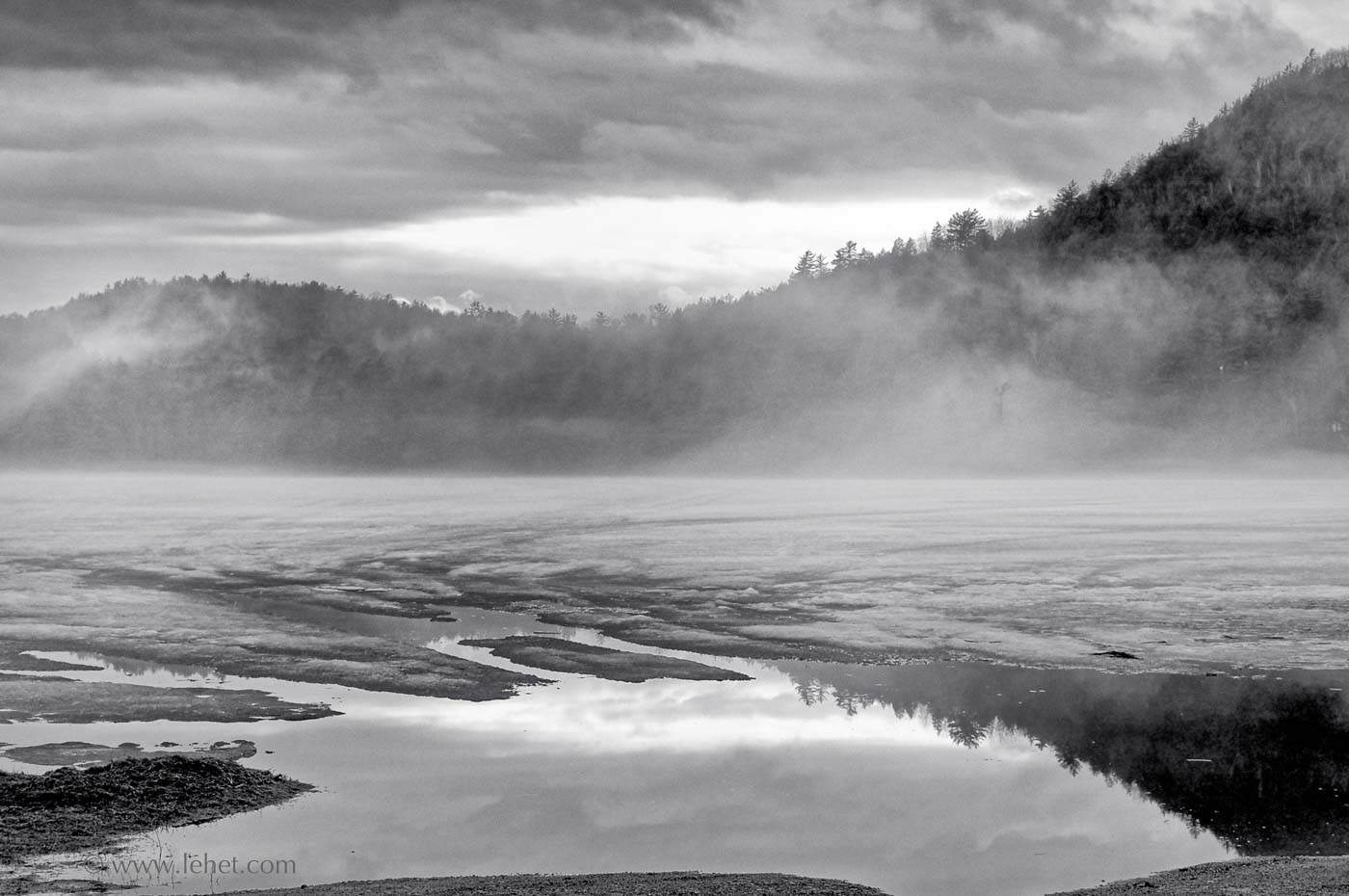 These photos are available as prints: