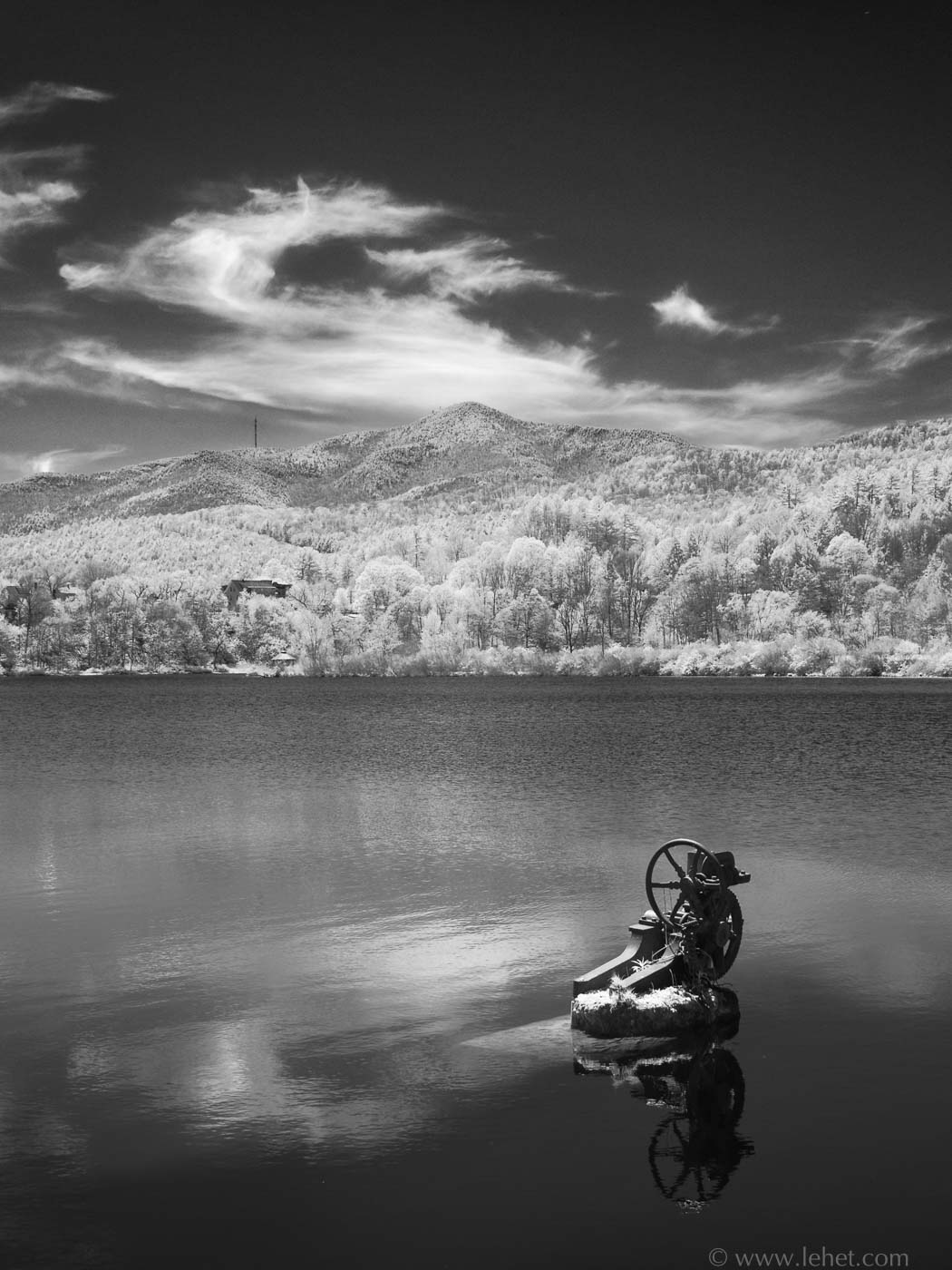 I’ve had some really busy days making exposures with some new lenses, a new camera, and with the new leaves. I’ve been working rather frantically to take advantage of a certain kind of see-through-the-trees thing that happens in the spring. A too quickly passing phenomenon. So while making a lot of exposures the other day, and pretty tired, I thought that the bits of feathery cirrus clouds might show up behind MT Ascutney and make a good backdrop for this composition that I’ve been working on over the past weeks. Hopefully the trees not too far along to mess up that misty effect on the hillside… hopefully the clouds will be in the right place…

Yes. It worked out. I think rather well.

And instead of one of the high res images from one of the splendid new lenses, it’s the good old infrared camera that comes through. My most inexpensive bit of gear takes the prize, once again. But I do think I have some gems among the other exposures, hopefully brought to light soon.

This photo is viewable at better resolution and for sale as a print here.