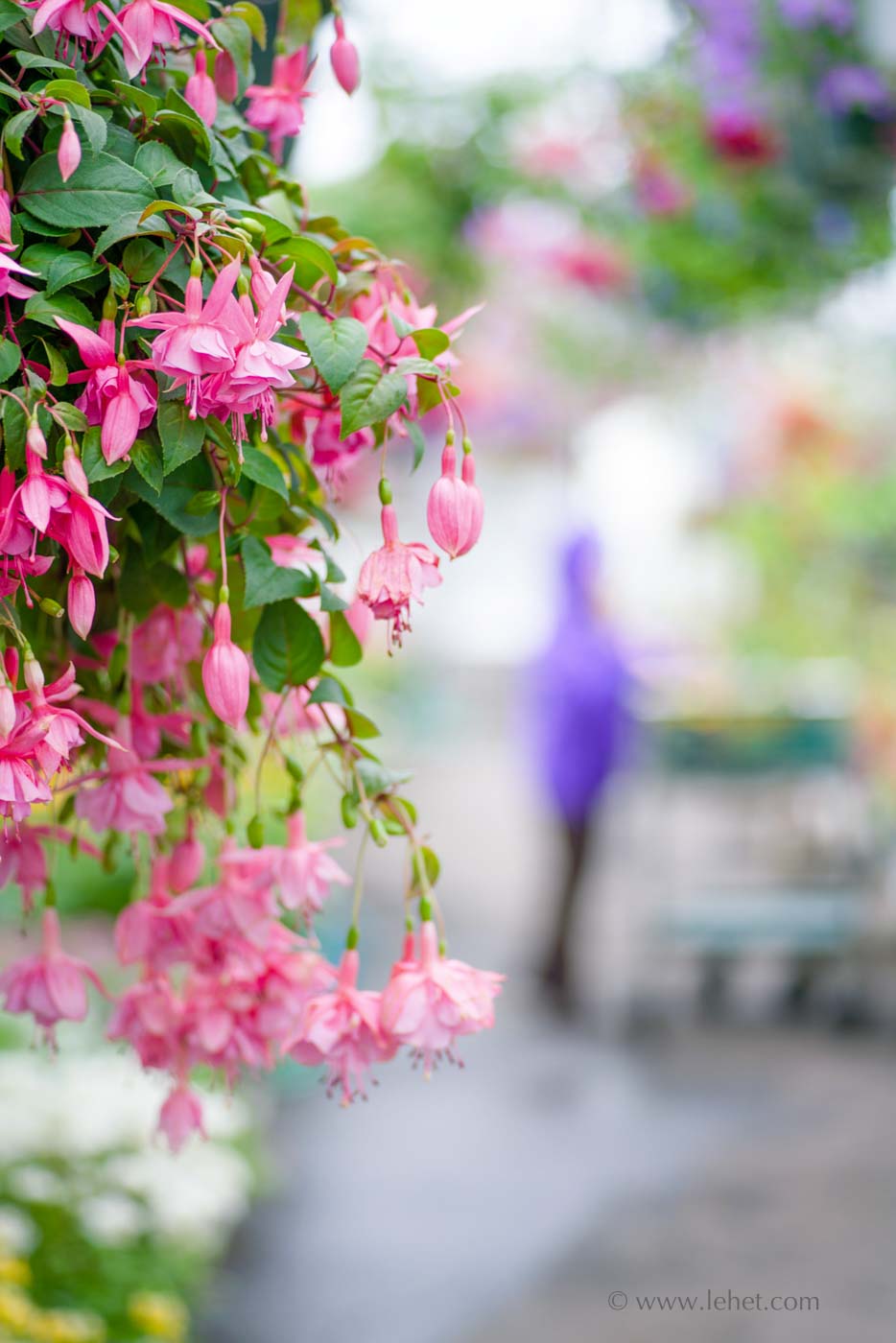 As much as I try to know my gear and what it will do, this image was a delightful surprise.

I think of my lenses — almost all prime (not zoom) and manual focus, often vintage — in two broad categories: Zeissy or Anti-Zeiss. As I may have mentioned before the Zeissy lenses are aggressively sharp and contrasty, often generally at the expense of smooth rendering. I’ve been surprised before, as in the success of this image of lights in a botanic garden at night. But generally the Zeissy lenses are not what I think of when I want something smooth and dreamy.

I was out on errands, and my bag had only these sharp and aggressively contrasty lenses in it. On this rainy dreamy day, I found myself in the soft light of a greenhouse and wanted a rather dreamier rendering. I tried a lens I’ve had for about four months, and I thought I knew it. It’s an old Zeiss Contax G film-era lens, which, in my experience, is one of the sharpest and most aggressively contrasty lenses I own. I decided to try it at wide aperture and hope for the best. The viewfinder looked good.

When I looked at the file, I was surprised at the smooth dreamy rendering. In fact, I liked the image so much I decided to go back to this and other greenhouses with some of my “bokeh” smooth lenses to get an even better image. I may have managed that; maybe not. I think for what I wanted of this image, this old lens pulled through surprisingly well!