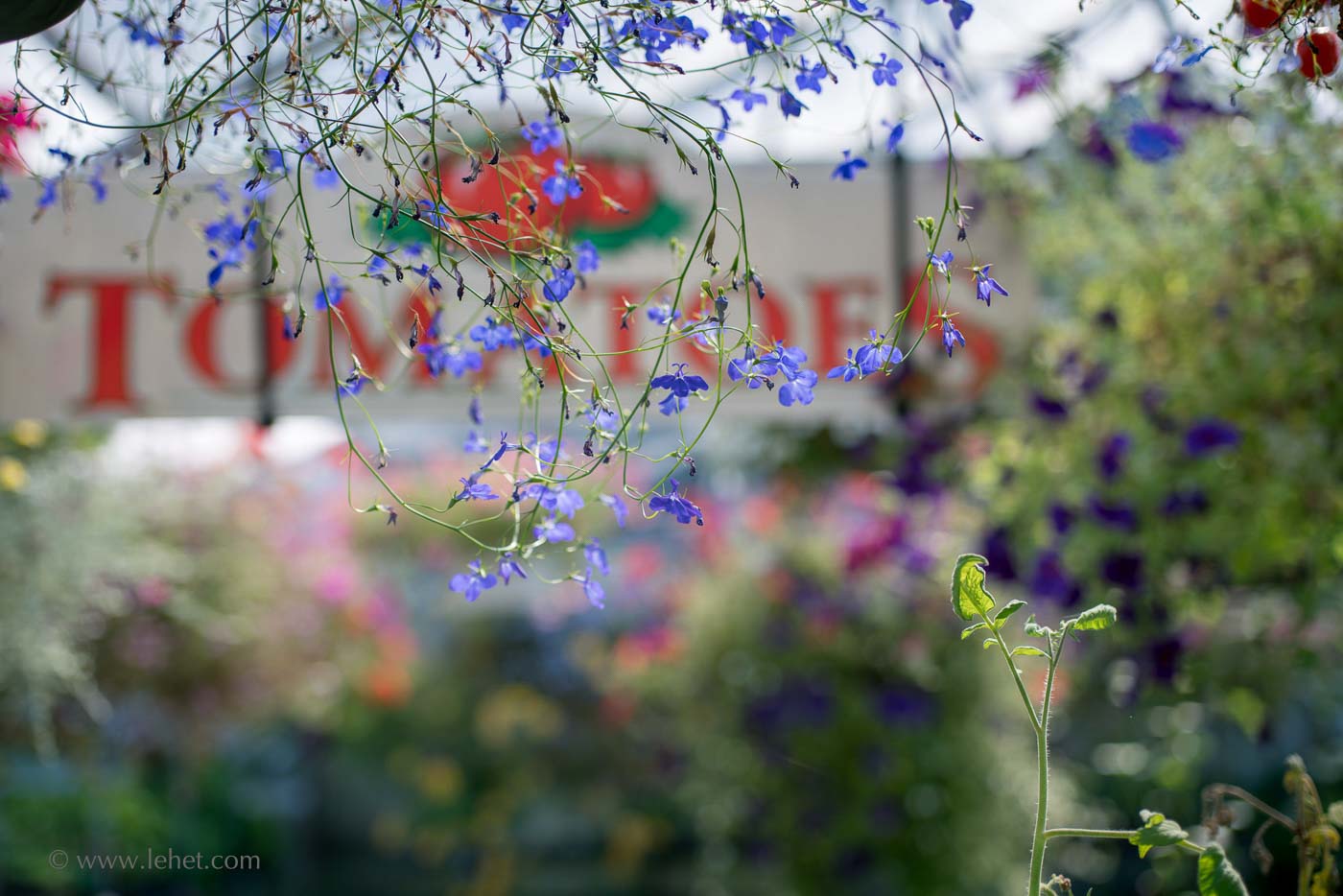 I’ve been posting these color flowers and shallow depth of field images, but they’re not the only thing I’ve been doing. It’s just that they’re the ones that get stuck in my head, and I get excited to print them. I had a summer a few years ago when I was looking at Ukiyo-e (“floating world,” the genre of Japanese prints that includes Hokusai and others). Those images filled my mind and influenced my compositions. In this period I seem to be finding some of my inspiration from my quirky old vintages lenses themselves, the way they draw with light, and maybe especially the way colors mingle and mix beyond the plane of focus.

Last week I talked about re-doing images, and this was in fact a re-do. As regular readers know, I’m not just photographing casually. I tend to work on ideas and places iteratively. I work crazy hard on my photography. Often I get to know a situation better by working on it, while other times I find it hard to make up for the serendipity of new discoveries. The mix of hard work and grace is somewhat mysterious, here, as in meditation, as in all of life.

But I do learn as I go, learn how situations resonate as a photograph, how they will print, how each of my quirky old lenses work at different apertures and in different light. I learn both how to work with situations, to have patience when it’s not working, and to accept the grace of what is simply given.

When I first tried to make this image I was using an ancient film lens on an adapter, and the adapter was (the only time I’ve seen this) interfering with the lens’ ability to change aperture. It was stuck wide open, at f1.4. That would have been great, if that particular lens were any good wide open like that. It wasn’t.

I had a bit of time between meetings, so I went back to this greenhouse. The light was nicer than the first time I was there, by a lot.

I happened to have a different ancient film-era lens, that does have some good qualities wide open, at f2 (though this exposure was stopped down one stop, to f2.8; I prefer the little bit more detail in the background to the f2 exposure). All these old lenses have their own quirks, and this one is sort of the opposite to that other lens, which gives an extremely impressionistic rendering at wide apertures. This one is dreamy, while still sharp, mixing colors together in a nice, soft way while keeping the structure of the image somewhat together.

So this is a case where the re-do worked out better than the first attempt.