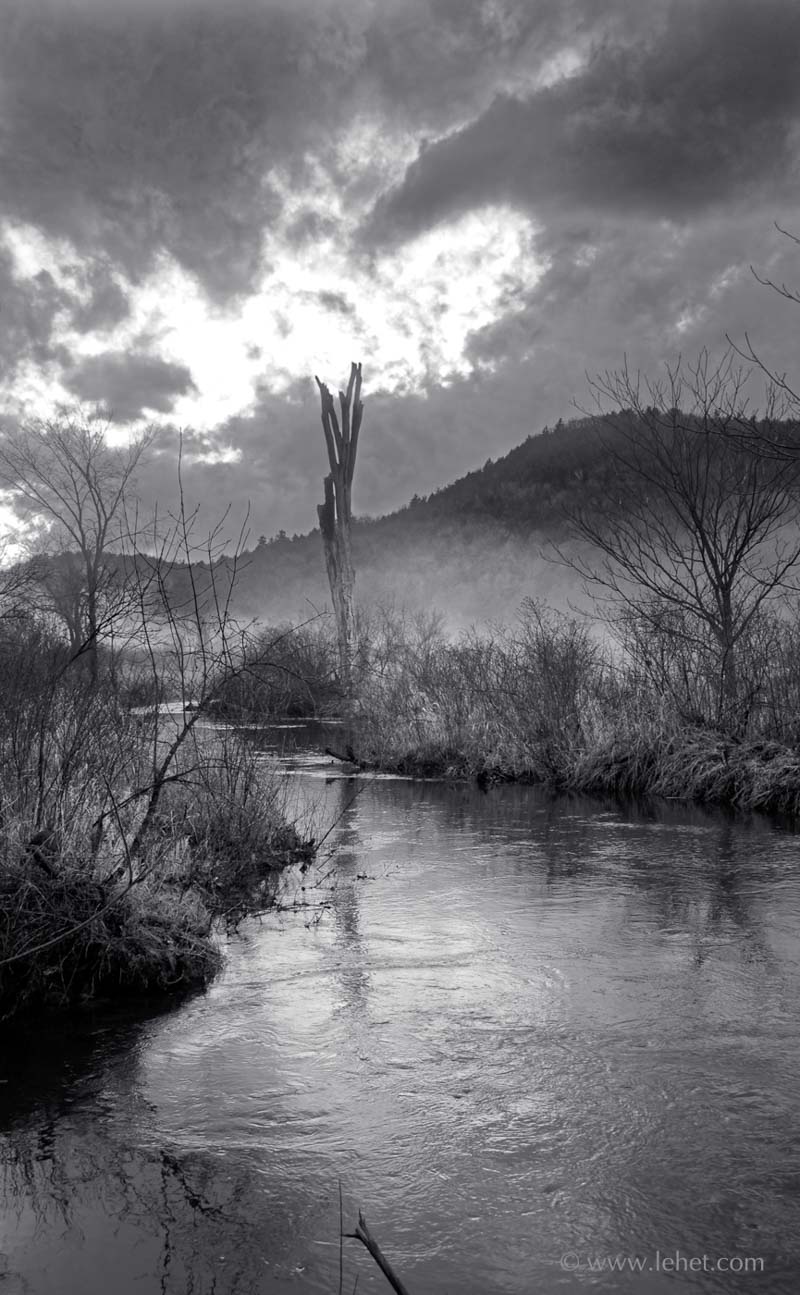 Usually we think of en epiphany as a flash of insight that happens in, well, a flash. But I think really when it happens it’s been building, maybe for a long while. I think it’s true in meditation practice, as we build insight and capacity to experience, those sudden flashes are really just fruition that’s been on the way for a while.

In photography, from the early eighties I tended to visit and revisit certain spots. Some places, just something about them: photographs just crystalized out of the situation almost every time I was there. The light always different, my eye, my mood, the way the I Ching would toss — everything different though the same place. So, I knew that, and I did it, all my life.

On the one hand I knew that I had, over and over, something new, but on the other hand I also had the sense that there might be one definitive exposure of a certain place. Quite often I broke that, for example in the 80s I printed both this 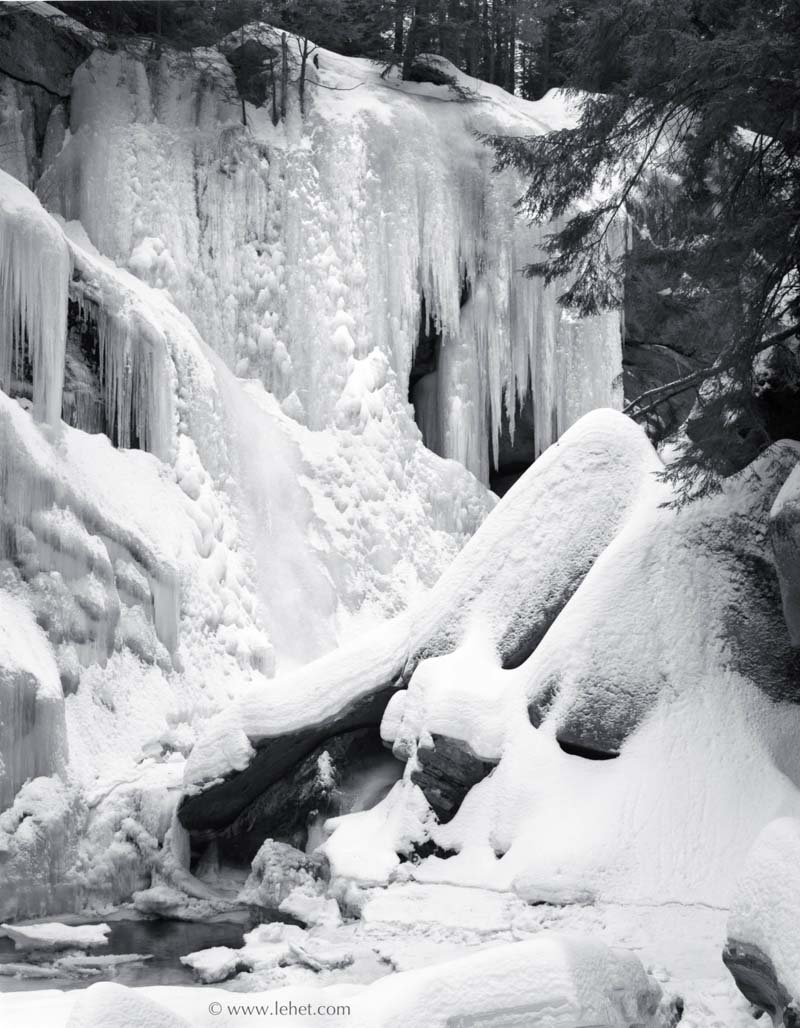 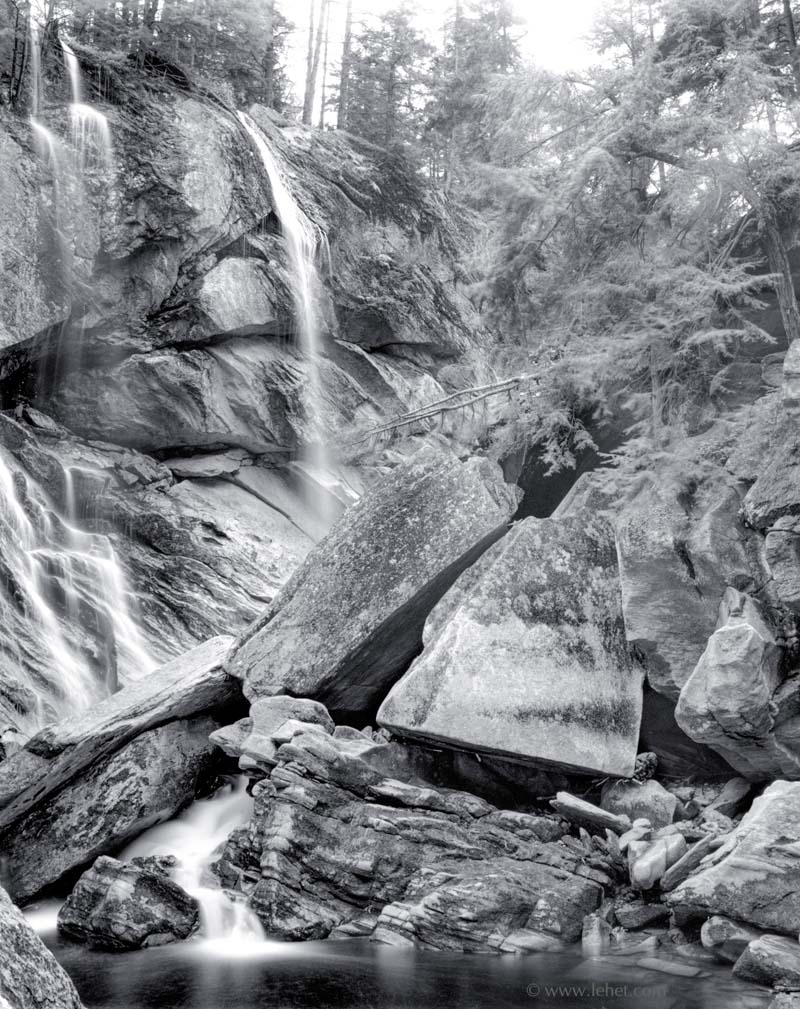 And on ad infinitum.

It was only last fall hanging a show of photos at the Ledyard Gallery of the Howe Library in Hanover New Hampshire that I realized it was really cool how different images from the same vantage point were completely different. Those were all of Post Pond, in Lyme New Hampshire.

But even then I didn’t get it fully, and so I never worked on this image, because I kind of thought the definitive image of Trout Brook going into Post Pond was this one with frost flowers on the ice: 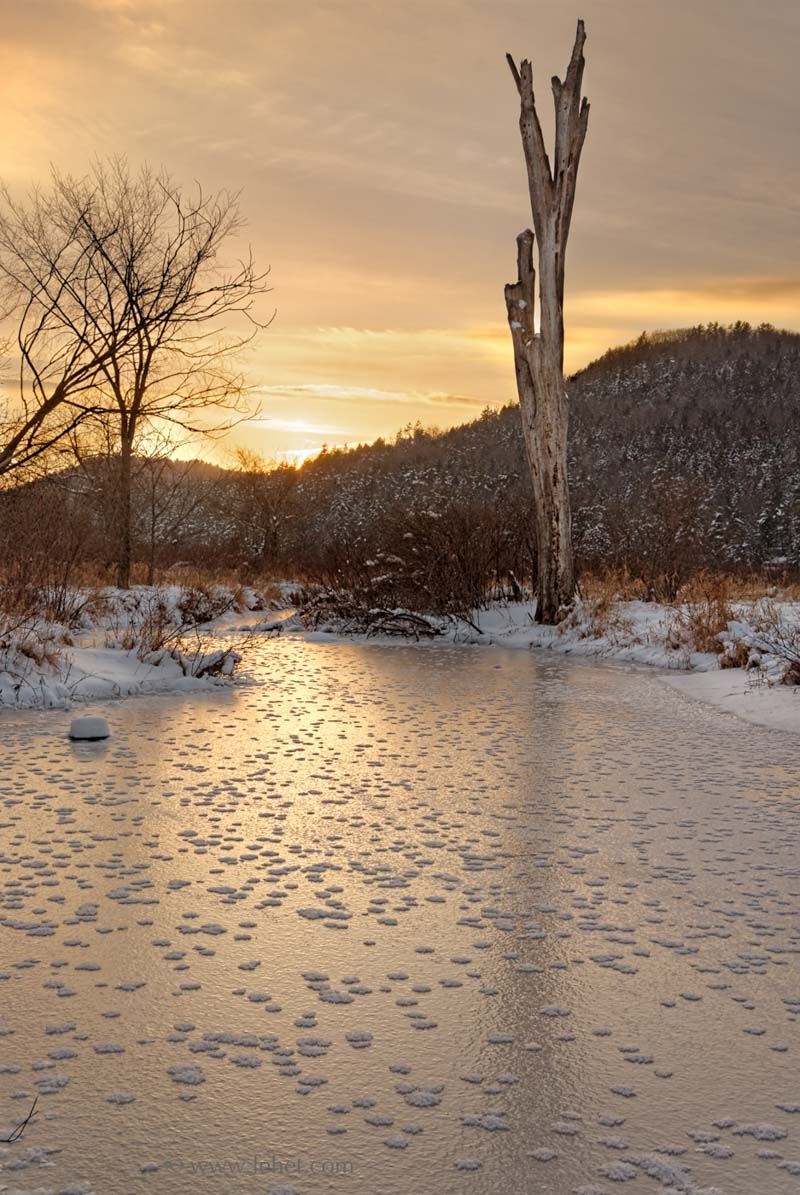